Yesterday, Pharrell Williams marked the arrival of Despicable Me 2 in digital download form--and capped off a crazy year of hit tracks like Daft Punk's "Get Lucky" and Robin Thicke's divisive "Blurred Lines"--by debuting the world's first 24-hour music video, "24 Hours of Happy." It consists of countless variations of either Pharrell or some unknown but totally game dancer getting their groove on in a different L.A. spot while lip-synching "Happy," the theme Pharrell wrote and performed as part of his original score to Despicable Me 2. You're batshit crazy if you actually watched the entire thing--and you're mad disgusting too because you didn't stop to wash your ass.

As for the rest of us saner cats who have chosen to click on specific dots on the "24 Hours of Happy" clock and watch bits and pieces of "24 Hours of Happy" rather than the whole video uninterrupted, it's actually a pretty captivating snapshot of different parts of L.A. At one point, "24 Hours of Happy" brings its roving Steadicam to the L.A. River, the shooting location made famous by Grease, Terminator 2: Judgment Day and Drive and countless other films, shows and music videos. It helps that the "24 Hours of Happy" site comes with a mute button because hearing "Happy" after six or seven consecutive times can get tiresome, so I later replaced the audio with music from an episode of Sunday Night Sound Session off my iTunes music library. 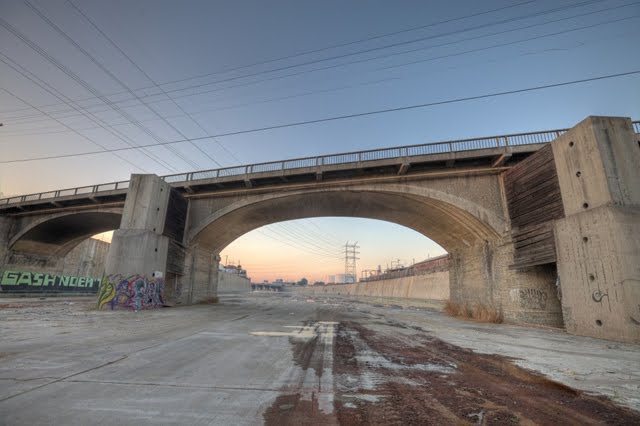 I was enthralled by this beast for nearly an hour. The 24-hour interactive piece, which took 11 (non-consecutive) days to shoot, was directed by the French music video directing duo We Are from L.A. It looks like it was shot by the cinematography genius who came up with the memorable look of Punch-Drunk Love (that would be Robert Elswit, who took non-descript, industrial-looking parts of SoCal and the insides of supermarkets and made them look sumptuous and otherworldly in Punch-Drunk Love, with the help of some pre-J.J. Abrams lens flares, but Elswit wasn't involved with this Pharrell video). I wish the resolution of We Are from L.A.'s footage was in HD rather than crappy-res because then "24 Hours of Happy" would look even more incredible.

"Happy" can be heard in rotation during the "Brokedown Merry-Go-Round" and "New Cue Revue" blocks on AFOS, but that doesn't compare to the "24 Hours of Happy" experience of watching regular people (and occasional celebrities like Despicable Me 2 lead voice actor Steve Carell and Tyler, the Creator and even the yellow Despicable Me Minions themselves) losing themselves to "Happy" and eliciting various reactions from L.A. bystanders (some of them join in, especially little kids). My favorite segments involve the pair of Asian lady dancers, the puppeteer lady, the chick with the neon hula hoop and Pharrell's semi-choreographed bit inside a bowling alley (the rest of the video was pretty much improvised on the spot). It's like that 24-hour remake of Denzel Washington's Fallen I always wanted to see, but with the Despicable Me 2 theme and improvised dancing instead of "Time Is on My Side" and people being killed. 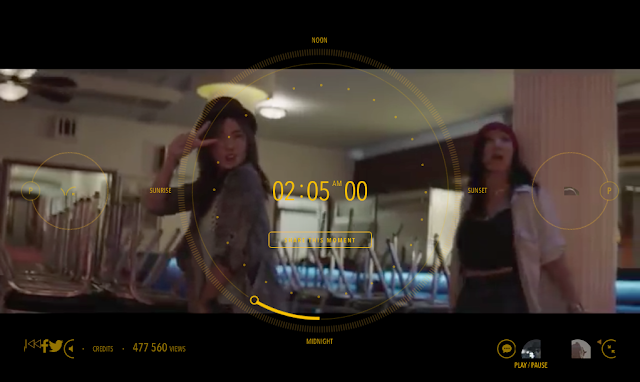