A playlist through space and time: The best of the AFOS block "Hall H" on Spotify

I named the AFOS weekend block "Hall H" after the huge-ass hall in the San Diego Convention Center, the home of San Diego Comic-Con, partly because at a total of 10 hours from 7am to 5pm Pacific on Saturday (and again on Sunday), the block is equally huge. "Hall H" is full of selections from scores to shows and films that are popular with the comic or anime con crowd, so it's all the fun and excitement of a comic or anime con, but without the horrifying smells.

So some British show celebrated the 50th anniversary of its premiere over the weekend. Inspector Spacetime didn't just prove that it hasn't shown any signs of aging even though it's a show that's so old Larry King discovered his first liver spot on the day it premiered. It also proved that even when the budget is at its lowest, the zippers on the Ocean Demon monster suits are at their most visible and the corridors that the Inspector and Constable Reggie are often seen running through are at their creakiest, it can still entertain, as long as there's plenty of charisma from whoever's portraying the Inspector and his associate and the storytelling is as impeccable as the Inspector's taste in bowler hats.

These days, Inspector Spacetime, or as it's known to people outside the Community universe, Doctor Who, looks much more spiffy and baller than it used to, and the interior of the time machine our favorite anti-authoritarian time traveler rides around in no longer looks like it's going to tip over if someone sneezed at the roundel-covered wall. The premise remains the same: an eccentric alien hops around space and time to protect the universe and a little planet he's come to love called Earth, and thanks to his bizarre alien physiology (he has two hearts instead of one), he regenerates into a completely different person whenever he dies. But now there's more of a focus on the humans he's befriended and how he's affected their lives, as well as a focus on the angst that makes him tick: guilt over the toughest decision he's ever made. That would be causing the destruction of his own native planet Gallifrey--he's responsible for killing off his own people, the Time Lords--to put an end to the off-screen Time War between them and the Daleks, one of the Doctor's biggest adversaries.

The PTSD from the Time War was added to the character by former showrunner Russell T. Davies, who revived Doctor Who 16 years after its cancellation by the BBC and modernized the show in ways that enhanced and improved it (the less said about Davies' love for farty alien jokes, the better), and not just in visual terms. Towards the end of Sylvester McCoy's late '80s run as the seventh Doctor, the show started to hint that the Doctor was less than saintly and could be as devious and shady as his enemies. Sure, in the past, he's been a cantankerous old man (the first Doctor) and an arrogant asshole (the sixth Doctor). But unless I'm mistaken because I haven't watched all the pre-Davies episodes, the show rarely raised questions about some of the Doctor's actions (I haven't seen all of them because--and longtime Doctor Who heads might disagree with me--I've found some of them to be too slow-paced for my tastes, even when I first caught some of the immensely popular Tom Baker episodes on PBS, and since all of them were shot on videotape, except one of my favorite old-school Doctor Who episodes, the shot-entirely-on-film "Spearhead from Space," they look like moldy '70s and '80s episodes of General Hospital).

Doctor Who was cancelled before it could further explore the dark side of McCoy's Doctor, but when Davies brought the show back and introduced the backstory of the Time War (which took place off-camera during the interval between the 1996 Doctor Who TV-movie starring Paul McGann and the show's 2005 return), he picked up on that dark side. He and several other writers, including current showrunner Steven Moffat, made the character of the Doctor more relatable, imperfect and human, even when the Davies seasons reimagined him as a cross between a thinking person's superhero, a god with a mischievous streak and a rock star who's charming to both women and gay guys (Billie Piper's lovestruck Rose Tyler was clearly a surrogate--some haters will say she was a Mary Sue--for the openly gay Davies; some probably consider John Barrowman's Captain Jack Harkness to be more of a surrogate, but Captain Jack is the dashing gay action hero Davies wishes he could be but isn't). 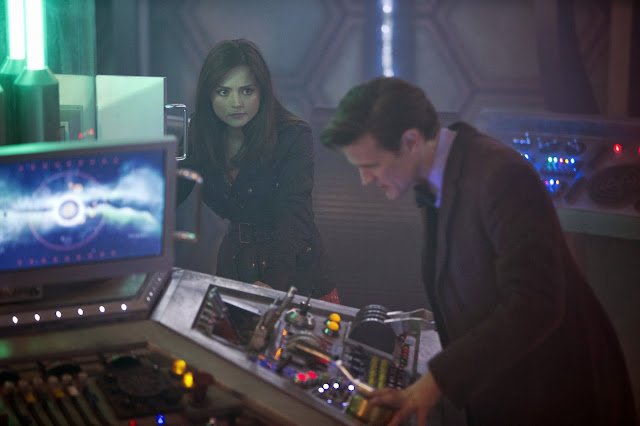 "The Day of the Doctor," last Saturday night's satisfying 50th anniversary episode, revisits the previously unseen tough decision that's haunted the Doctor since the first season of the Davies/Moffat era and finally gives us glimpses of that much-discussed Time War. To the show's fans, Moffat has been as polarizing a showrunner as Davies was in the last few episodes of his reign--Moffat haters think Moffat's writing on Doctor Who is overly convoluted, repetitive, misogynist and possibly racist and they're not so fond of his rather dickish response to their opinion that the Doctor doesn't have to always regenerate into a white guy--but Moffat has excelled at making us feel the giddiness the Doctor experiences whenever he achieves the impossible, whether it's during the climax of "The Doctor Dances" or during Matt Smith's current run as the 11th Doctor (which will come to a close in next month's Christmas episode, in which the 11th Doctor dies and regenerates into a profanity-free Peter Capaldi).

The quintessential moment of Moffat's take on the Doctor as "the mad man with a box" is that funny and clever scene in "A Christmas Carol" where the Doctor demonstrates to Michael Gambon's skeptical, Scrooge-like miser character that he's going to change his past and make himself appear on screen in the childhood home movie Gambon's watching, right after he leaves the room--and a few seconds later, thanks to the magic of the TARDIS, there he is, up on screen with Gambon's younger self. The Doctor is always rewriting history, and in "The Day of the Doctor," with the help of his current sidekick Clara Oswald (Jenna Coleman), his most recent self (David Tennant), the War Doctor (John Hurt), the "forgotten" past incarnation who obliterated both his own race and the Daleks, and a mysterious figure only the War Doctor can see and who looks an awful lot like Rose (the three Doctors wind up meeting each other for reasons too convoluted to explain here), the Doctor figures out how to rewrite history to fix his biggest mistake, and it's a moment as exhilarating as that home movie scene in "A Christmas Carol." It exemplifies why Doctor Who remains appealing to viewers all over the world (and why the BBC, which is now remorseful about the 1989 cancellation, has gone all-out for the franchise's 50th anniversary by bringing "The Day of the Doctor" to theaters in 3-D and producing An Adventure in Space and Time, a TV-movie that flashes back to Doctor Who's unusual and humble beginnings as TV that originally wasn't designed to scare or thrill kids but to educate them): the three Doctors' solution is--to borrow the words of longtime fan Craig Ferguson when he sang about why he loves the show--the ultimate triumph of intellect and romance over brute force and cynicism.

Selections from Murray Gold's epic score music for the third, fifth and sixth seasons of modern Doctor Who are featured during "Hall H," and they kick off the following sampler of tracks from "Hall H" that are found on Spotify. The complete sampler tracklist is at the very bottom of this post.

The fictional Inspector Spacetime, the Doctor Who counterpart we've seen bits and pieces of on Community (some of Ludwig Göransson's Community score cues are in rotation during "Hall H" but aren't part of the above sampler), is so popular with Community fans that's it's been made into a web series. It's even been cosplayed at cons.


And now, the real Doctor Who, as recreated by various cosplayers. 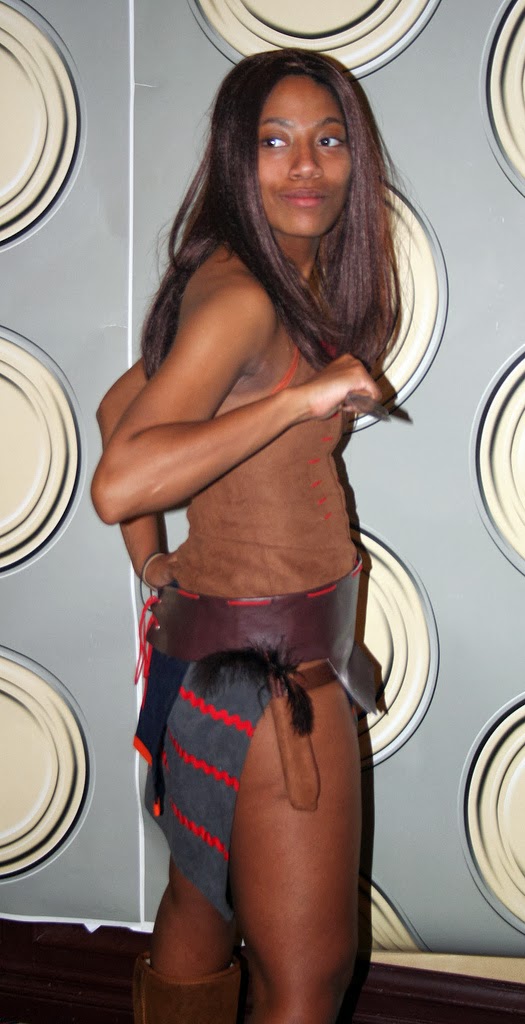