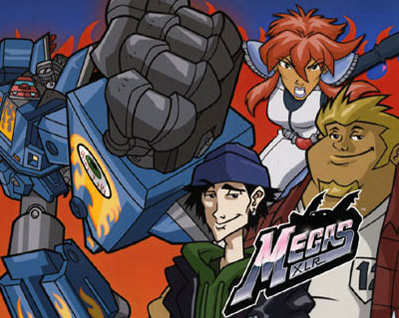 Because of the success of Transformers, movie studios have moved on from filming mediocre features based on sitcoms (Bewitched, The Honeymooners) to making equally mediocre projects based on cartoons from the '80s, a rather lousy era for animation (except for Mighty Mouse: The New Adventures, I can't think of an '80s cartoon that ever approached the caliber of later shows like The Simpsons or Batman: The Animated Series). New Regency wants to launch its own Transformers-like franchise with Voltron, while Italian Job remake co-stars Mark Wahlberg and Jason Statham are rumored to be reuniting for a G.I. Joe film. Tobey Maguire's production company just bought the film rights to Robotech, the Roots of mecha cartoons (trying to squeeze Robotech into a two-and-a-half-hour live-action feature would be like trying to make a two-and-a-half-hour film out of, well, Roots). News items about long-delayed Thundercats and He-Man adaptations continue to haunt viewers like me who grew up watching those cartoons but don't think they've aged well--or would make for great live-action films either.

The He-Man franchise already blew it once with Cannon Films' 1987 Dolph Lundgren vehicle Masters of the Universe. The Mattel higher-ups expressed their shame about releasing toys that contain dangerous amounts of lead. If only they were equally apologetic about the Masters of the Universe movie, which isn't as poisonous but can induce seizures in viewers who are unable to sit through a Cannon Film, especially one that features so many flashy and annoying laser ray effects.

Hollywood needs to stop turning to the RetroJunk site for movie ideas. If there's one animated series that I'd like to see adapted to film--hell, I'd just be glad to see it return in any form other than comics--it'd be the lesser-known Megas XLR (2004-05), a too-short-lived Cartoon Network giant robot spoof that was sharper and more entertaining than the '80s cartoons it parodied. (Titmouse, the studio that created Megas, is currently busy producing Adult Swim's delightfully gory Metalocalypse.)

Megas is the story of Coop Cooplowski, a Jersey schlub who stumbles upon the future's most coveted superweapon--a giant robot that its time-traveling female pilot, Kiva, hid in Earth's past from extraterrestrial baddies. A live-action Megas movie would be the perfect vehicle for Tyler Labine, a scene-stealing veteran of good but short-lived shows like Dead Last, Kevin Hill and Invasion (hopefully, Labine's much-buzzed-about Reaper won't join that list). Labine was born to play Coop, and he even sounds like David DeLuise (Dom's son), who voiced the lazy but bright gearhead on the cartoon. Megas' Kevin Smith-meets-Robotech premise has tons of potential as a live-action feature (unless any one of the filmmaking geniuses listed in the A.V. Club's "10 Directors You Didn't Know You Hated" article gets his mitts on Megas--then the movie's really in trouble), and unlike the overlong, overstuffed Transformers, it wouldn't take over an hour for the lead robot to finally appear.
Posted by J. John Aquino at 12:07 AM 2 comments: - G4's Attack of the Show pokes fun at Miss Teen South Carolina's concern for us U.S. Americans and our map shortage by inviting viewers to send their own maps to the Maps for Us site to help South Africa, the U.S., the Iraq and the Asian countries.

- Former Cheers writer Ken Levine and his readers rant about lousy movie theater behavior. My solutions to this never-ending problem of annoying theatergoers: either go during a matinee showing on a weekday afternoon (barely anybody shows up) or wait for the movie to come out on Netflix. Simple as that. As one commenter on Levine's blog says, "Thank goodness for Netflix."

- "The Batmobile: What a Pain in the Ass": The Dave's Long Box blog wonders how Batman has managed to keep a low profile all these years despite driving around in a car that attracts attention wherever it goes. 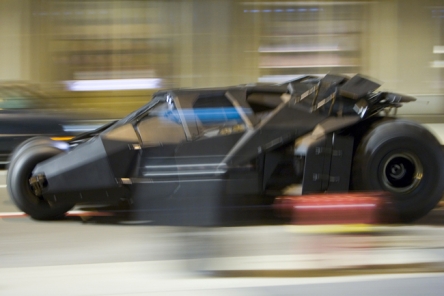