"Grandpa, tell us the story again about the man whose life got flipped, turned upside down": 10 amusing tweets related to TV theme music 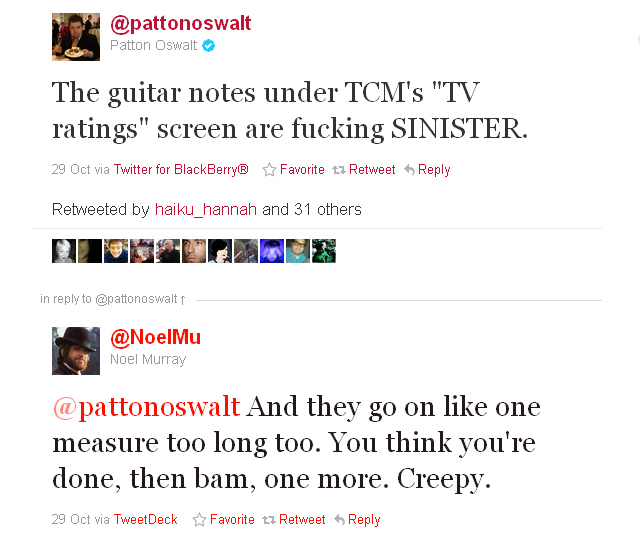 --Patton Oswalt and John Fugelsang on CSI and The Who

That is weird, that is bi-Sklar 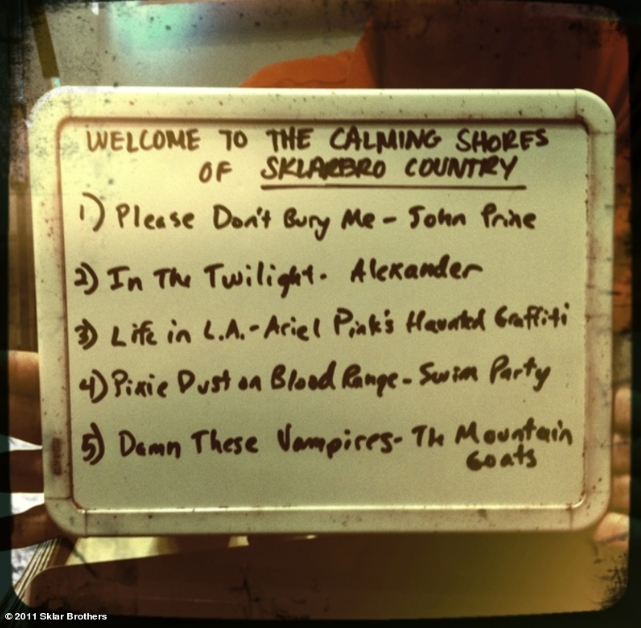 On one of my favorite podcasts, the Sklar Brothers' Sklarbro Country from the incredibly prolific Earwolf comedy podcast production company, the sports-loving twin brothers poke fun at the batty behavior of sports celebrities and their often equally deranged fans with the same biting and wonderfully rapid-fire delivery they brought to their much-missed ESPN Classic sports clip show Cheap Seats. Randy and Jason Sklar are also huge boosters of indie bands like The Morning Benders and The Henry Clay People, so the beds and mid-show musical interludes in between the Sklarbitrations, Quick Hits, visits from Racist Vin Scully and Sklarson impressions (a.k.a. the Sklars' Johnny Carson impressions) are often indie rock tracks. An occasional hip-hop joint gets thrown into the mix because fortunately, the brothers' musical tastes aren't limited to the "flaccid, smarmy, girl-pant, bearded, fixie bike rock" that one Sklarbro Country fan amusingly complained about in the Earwolf site's comments section (he's right about the stupidity of guys wearing girl pants though).

You know how TV shows like The Sopranos, Grey's Anatomy and more recently, Breaking Bad have replaced terrestrial radio and MTV as a place to discover sounds by new artists whenever the shows utilize existing songs as either source music or "needle drops" for montages or action sequences (which led to several newspaper and music magazine articles declaring that "scripted TV is the new radio")? The beds and musical interludes on comedy podcasts are turning into another great place to unearth new sounds. Sklarbro Country was where I was first exposed to terrific tunes like The Morning Benders' "Cold War (Nice Clean Fight)" and Those Darlins' "Screws Get Loose."

When an ill track I've never heard before like Ana Tijoux's "1977" gets airplay on a series like Breaking Bad, I have to play detective and hunt for it online (that is if Alan Sepinwall doesn't ID the track on his blog, but he usually does so). Fortunately, the Sklar Brothers ID each tune for the listeners (and the guest comedians who are sometimes curious about a tune's title) as it's being played by their sound engineer, so I don't have to play detective, although I wish the brothers posted the track titles on the Earwolf site. Many Sklarbro Country listeners like myself have wondered where they could find playlist information. A few days ago, I discovered the Sklars have been posting playlist info, but on their WhoSay site (and in Twitpic form instead of as text for some bi-Sklar reason). 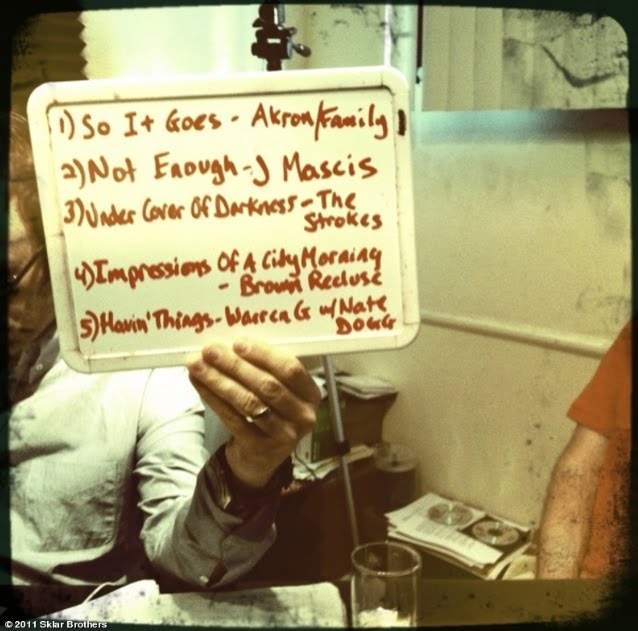 In addition to being a standout installment (I love the Sklars' takedown of Japan-bashing WNBA guard Cappie Poindexter, as well as special guest Kumail Nanjiani's takedown of "Crappy Henderson... what's her name?," whom he'd take more seriously "if the WNBA used regular-colored basketballs"), Sklarbro Country episode 34 is a good example of the show's inspired choices for existing songs. What other show goes from J Mascis to Warren G and the late Nate Dogg?