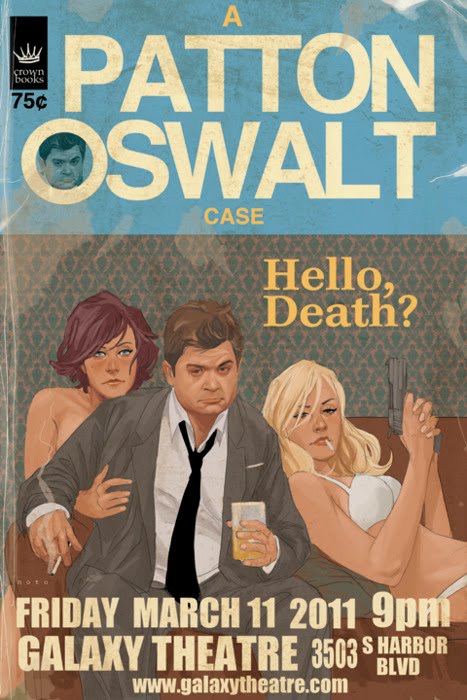 Patton Oswalt, one of the few stand-ups who publicly swore off Twitter when the site's popularity exploded ("I like having radio silence. I think radio silence is an important part of any public figure's day."), did the unthinkable in 2010 when he succumbed to the Twittersphere and started an account. As one can see from his stand-up act, his stint as a guest programmer at L.A.'s New Bev Cinema and his recollections of his most frustrating showbiz experiences during a recent must-listen edition of The Nerdist Podcast, movies are a topic the Hollywood script doctor and Zombie Spaceship Wasteland author is passionate about, and they've led to some of my favorite Oswalt routines. Maybe we'll get a taste of some more Oswalt material about movies on his Twitter page, where he's demonstrating why stand-ups and comedy writers are the best kind of celebrity to follow on Twitter (unlike most other celebs, their tweets are rarely boring or shallow). From last May, here are eight standout routines about cinema, and this time, they're joined by two equally funny monologues that popped up online after I first posted the list. Four of these bits are Oswalt's.

10. Richard Pryor rewrites The Exorcist
The horror genre has always fascinated the late Pryor's former writing partner Paul Mooney, who's done brilliant jokes about the Frankenstein monster, white filmgoers' fears of the shark from Jaws and movies that skeevily put women in romantic situations with sci-fi monsters. He must have had a hand in writing Pryor's material about The Exorcist, which he and Pryor actually saw together at its Hollywood premiere. When Pryor guest-hosted SNL and brought along Mooney as a sketch writer, they did an amusing Exorcist sketch in which a pair of black priests (Pryor and Thalmus Rasulala) lose their patience with the possessed kid (Laraine Newman), who taunts Rasulala's priest with the cleaned-up-for-TV "Your mama sews socks that smell."

9. Scott Thompson sinks Titanic during an interview on Late Night with Conan O'Brien
"I don't think that to be a leading man, you have to be Harrison Ford, but I do think that you should be able to do at least one push-up. When little Leo finally kisses big Kate, I thought it was a lesbian scene."

8. Oswalt wonders what Star Wars would have been like if Nick Nolte won the role he actually auditioned for: Han Solo
"Fuckin' droids, beep, beep..."

7. Robert Klein reenacts every single Our Gang short you've seen
I actually like this routine from the 1973 album Child of the 50's more than "I Can't Stop My Leg." Klein's recreation of the Our Gang score music ("Hal Roach had four tunes that he played over and over again") is priceless.

I love the sounds of Rodrigo y Gabriela. If you're not familiar with this Mexican duo from Ireland, they perform badass instrumentals that fall under the category of "acoustic metal."

So when I discovered the other day while browsing through Best Buy's music section that Hans Zimmer--who frequently collaborates with ace guitarists like Johnny Marr, Michael Brook and Heitor Pereira--enlisted Rodrigo y Gabriela as soloists and co-composers on his Pirates of the Caribbean: On Stranger Tides score, I had to snap up the On Stranger Tides score CD right away.

All five of the On Stranger Tides album tracks that feature Rod y Gab are as excellent as I expected them to be. The highlight is, of course, when they tackle the Captain Jack Sparrow theme with the same gusto they've brought to their covers of Metallica's "Orion" and Led Zeppelin's "Stairway to Heaven."

I've added those five On Stranger Tides tracks to rotation during the Fistful of Soundtracks blocks "Assorted Fistful" (check listings) and "New Cue Revue" (Wednesdays at 10-11am and 4-5pm, Fridays at 11am-noon), along with selections from Alexandre Desplat's lush score to Terrence Malick's Cannes audience polarizer/sensation The Tree of Life and Patrick Doyle's epic score to Please Hammer, Do Hurt 'Em. 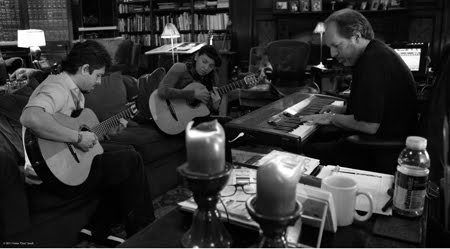 Starting next Monday, May 23: "Rome, Italian Style," a new block on A Fistful of Soundtracks 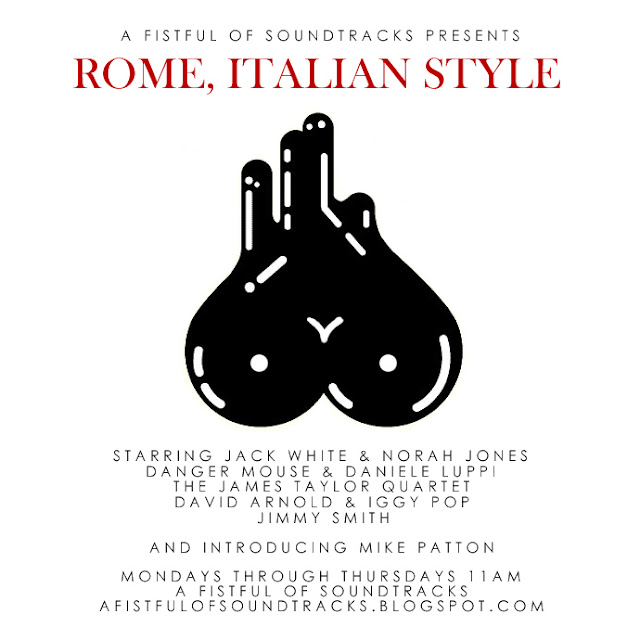 Rome, the intriguing Danger Mouse/Daniele Luppi/Jack White/Norah Jones tribute to '60s and '70s Italian film music that Capitol released this week, has inspired me to start a new hour-long block on A Fistful of Soundtracks. "Rome, Italian Style" will stream both film score-inspired tracks like Luppi's tunes from Rome and An Italian Story and covers of '60s and '70s film and TV themes. The mission statement of the block is basically "how musicians outside the film and TV music world interpret film and TV music."

"Rome, Italian Style" airs Mondays through Thursdays at 11am.

Here's one of the covers that will be part of the "Rome, Italian Style" playlist. It's "La Pantera Mambo," a 2004 cover of the Pink Panther theme by the Colombian band La-33:


Because it's Asian Pacific American Heritage Month, here are five recordings from my laptop's various playlists that are all by Asian American musicians who don't play the Tiger Mom-enforced violin.

The Morning Benders, "Cold War (Nice Clean Fight)"
I first took notice of this terrific little timpani-driven cut about relationship disagreements during Sklarbro Country, of all shows. Good lookin' out, St. Louis Sklardinals. My only beef with "Cold War" is that it's way too short.

The CounterParts, Appetizer EP
It's cool to see T-Know's hip-hop career take off. I knew T-Know briefly when we were UCSC students. 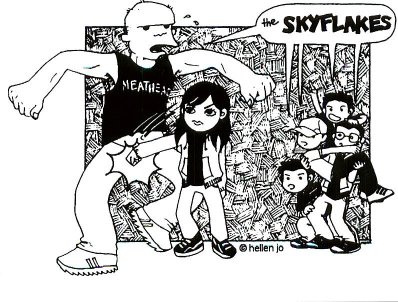 The Skyflakes, "sci-fi as lit."
This is a pretty clever Star Trek-inspired song. The Fil-Am indie rock band's "sci-fi as lit." refers to events from the Next Generation episode "Tapestry," in which Q grants Picard his wish to go back in time and change a pivotal moment from his days as a vert-around-the-gills Starfleet Academy cadet. You don't have to be a Trekkie to dig "sci-fi as lit." because unlike the music of Trek-inspired novelty bands like No Kill I and Warp 11, the track never mentions any Trek characters by name, so it could refer to anyone who's ever wanted to redo a key moment in their past--something everyone can identify with.

Blue Scholars, "John DeLorean"
Another Pinoy musician expresses an obsession with time travel. This track, which contains Back to the Future references (hence the title "John DeLorean"), arose from a discussion Blue Scholars beatmaker Sabzi once had with Scholars MC Geo in which they wondered, "If you could have just one super power, what would it be?" Geo picked time travel because with that ability, "you actually have the capacity to secure any other super power you wanted. For example, if you wanted to fly, you could just travel to a future time where personal flying technology was developed and bring it back."

Has Geo ever considered writing sci-fi or superhero comics as a second career? What Geo said about powers in the "John DeLorean" single download's liner notes had 10 times more clarity and sense than the writing in last Friday's Smallville series finally.
Posted by J. John Aquino at 11:35 AM No comments: