Eva Mendes, Cee-Lo Green and Jon Brion believe that "Pimps Don't Cry" in The Other Guys 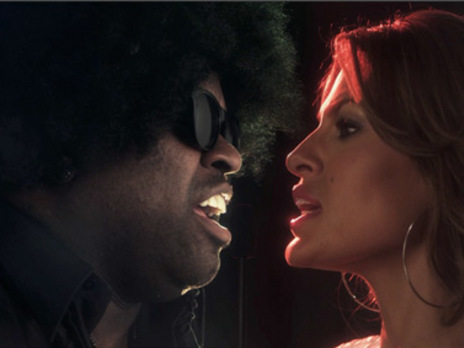 For the next few months, posts will be even more infrequent here on this blog than they have been over on my microblog because I'm working on bonus material for a book that will be the print edition of my webcomic The Palace (I'm also hoping to give The Palace its own URL).

Whenever I've taken a break from outlining or writing the bonus material, either I've tried to finish reading graphic novels I bought or I've headed to the theater to catch up on summer 2010 movies I've been dying to see. I finally saw The Other Guys--yeah, the buddy cop genre has seen better days on the big screen, but when it's a buddy cop flick made by Adam McKay, the director of two of the most consistently funny and surreal comedy films of the last 10 years, Anchorman and Step Brothers, the flick's a must-see--and this Bernie Madoff-inspired comedy is one of the highlights of what was a mostly underwhelming summer. 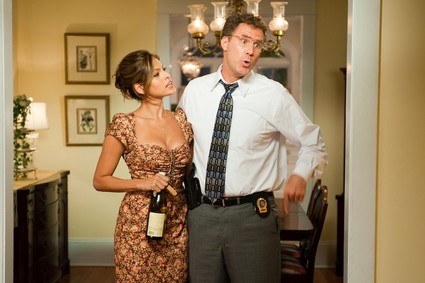 Several of The Other Guys' funniest gags involve the Will Ferrell character's "plain" wife (Eva Mendes), a physician whose charming personality and hotness turn the Ben Stiller Mark Wahlberg character into half-putty, half-14-year-old dork. At one point, Mendes soothes an agitated Ferrell by singing to him an a cappella rendition of "Pimps Don't Cry," an original tune co-written by Ferrell, McKay, Orr Ravhon, Erica Weis and Jon Brion, the composer of the scores for Step Brothers and The Other Guys. 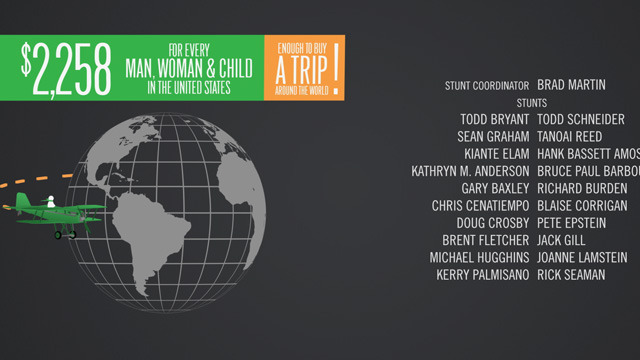 During the second half of the film's much-talked-about closing credits sequence, Mendes is joined by break-up song reinventor Cee-Lo for a lovely-sounding retro soul reprise of "Pimps Don't Cry" (this track is now part of A Fistful of Soundtracks' daily "Assorted Fistful" block). The choice of "Pimps Don't Cry" as the partial soundtrack for animated infographics that list examples of average Americans being hustled by the Bernie Madoffs of the world during the current economic crisis was a stroke of genius. 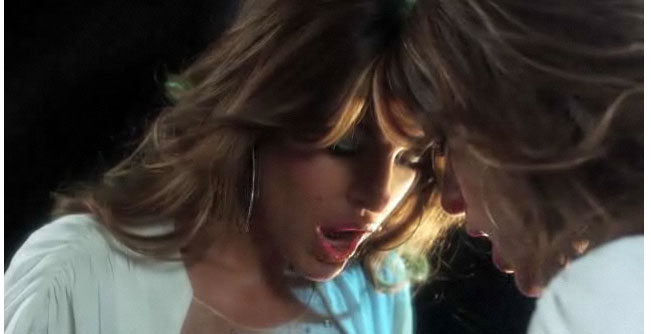 Brion is the last composer/producer I'd expect to craft a silky-smooth R&B jam (despite his work with Kanye West on Late Registration), but he pulls it off well. The composer appears with Cee-Lo and the sultry Mendes in the Funny or Die-produced "Pimps Don't Cry" music video (Brion's the guy on keyboards).

Speaking of Funny or Die, film composer George Shaw, whom I big-upped a while back on this blog, recently scored and edited the amusing FoD video "Yoga for Black People," starring Deborah S. Craig from the original cast of The 25th Annual Putnam County Spelling Bee.