AFOS Blog Rewind: The Cabin in the Woods (with guest blogger Hardeep Aujla)

It feels like the end times right now. Yay!

So here's a repost of an August 20, 2015 discussion of a cleverly scripted 2012 cult favorite about the end times, which was contributed by guest blogger Hardeep Aujla of Word Is Bond. Spoilers ahead.

The Cabin in the Woods
By Hardeep Aujla

"The most merciful thing in the world, I think, is the inability of the human mind to correlate all its contents..."
H. P. Lovecraft, The Call of Cthulhu

Read more after the jump>>
Posted by J. John Aquino at 1:35 AM No comments:

Star Trek 101 and beyond


I have a couple of confessions to make. I run a Tumblr about accidental Star Trek cosplay, but as an adult, I've never cosplayed as anybody, and I don't plan to ever do so. It's just not for me, even though I admire the artistry that goes into a lot of professional cosplayers' recreations of their favorite fictional characters. Also, I do love Star Trek for its progressiveness and the banter between the actors, particularly the original cast members, and I'm enough of a fan that I could rattle off some of the names of authors who received credit for writing the '60s episodes, even though Star Trek creator Gene Roddenberry heavily rewrote their shit ("The Enemy Within"?: I Am Legend author Richard Matheson; the episode with Andrea the sexy android?: that was a Robert Bloch joint), but I haven't watched every single thing with Star Trek's name on it.

As a kid, I knew that the third season of the original Star Trek was mostly trash (the budget was clearly slashed, and the actors were told to compensate for the budget cuts by constantly acting as if they were starring in what we now call a telenovela), so I've avoided watching most of that final season. I skipped most of the sixth and seventh seasons of Star Trek: The Next Generation when they first aired on syndicated TV, and I did the same with most of Star Trek: Deep Space Nine's first season, so there's a whole bunch of Next Generation and DS9 episodes I have yet to catch for the first time. I got bored with Star Trek: Voyager and quit after the first season, although I would occasionally check out a later Voyager episode like "Memorial."

The sci-fi franchise, which celebrated its 50th anniversary earlier this year, has produced so many hours of episodic TV and spawned so many feature films that I now see how it would be intimidating, especially for anybody whose familiarity with Star Trek is limited to the 2009 J.J. Abrams movie, to decide which episodes of the '60s version (or any of its spinoffs) to stream if you want to further understand what all the fuss over Star Trek is about. I just realized how daunting it would be for a newbie to step into that shared universe when I recently told a Harry Potter fan who happens to be the wife of a friend at my apartment building that I found Harry Potter and the Sorcerer's Stone to be a tedious movie when I watched it on DVD in 2002, and it put me off Harry Potter for good.

The friend's wife said she felt the same way about the subject of my Tumblr, Star Trek. So she proposed a deal: she would finally watch a Star Trek episode or movie if I put aside my disdain for the first Potter movie and agreed to watch the rest of the Potter movie franchise. I said, "It's a deal!" The only problem is that I have a novel manuscript that's kind of in the way, so how the fuck can I find the time to watch all eight hours and 17 minutes of Harry Potter and the Chamber of Secrets?

The following is a repost of a November 19, 2015 discussion of Source Code written by guest blogger Hardeep Aujla of Word Is Bond. Duncan Jones, the director of Source Code, most recently brought us the much-maligned movie version of Warcraft. Source Code spoilers ahead.

Despite its inevitability and necessity, humans are pretty good at moving the goal posts on death. We used to say someone was dead when the heart stopped beating, then we figured out how to restart it. Some said death occurred when we stopped breathing, and then the ventilator was invented. For Beleaguered Castle, the military science unit in Duncan Jones and Ben Ripley's Source Code, technology has allowed them to go one step further. 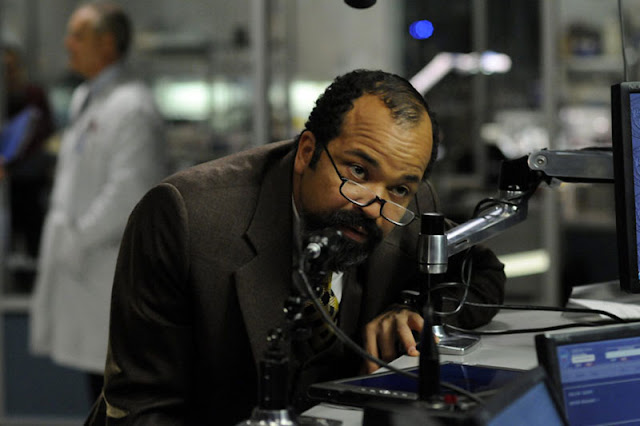 Read more after the jump>>
Posted by J. John Aquino at 2:05 AM No comments:

The novel I've been writing is set in a Drumpfian world of science under attack, which will be closer to reality now that Clinton conceded to the orange Babadook

Since August, I've been working on a manuscript for a sci-fi comedy novel that I first outlined in 2012. I've described it elsewhere as a cross between The Big O and The Fresh Prince of Bel-Air, without giving too much of it away because it's a work-in-progress, and this work-in-progress has taken up so much of my time that it's been difficult to write new posts for this Blogspot blog. It's all I can talk about to anybody. My brief mentions of the manuscript always seem to put people on Facebook to sleep (except one person who has similar interests in comedic sci-fi), and their lack of interest has become one of 4,080 reasons why I hate Facebook.

The manuscript is why this blog has consisted of nothing but reposts of previously published shit in the last few months. I've got nothing. I'm all out of new content for this blog. Meanwhile, I'm having a ball running Accidental Star Trek Cosplay over on Tumblr, because 1) ASTC isn't as time-consuming as a.k.a. DJ AFOS has always been and 2) ASTC gets more responses from readers. Both the new Tumblr and the manuscript are why I've been considering putting an end to this blog in the future and writing a farewell-to-Blogspot post. 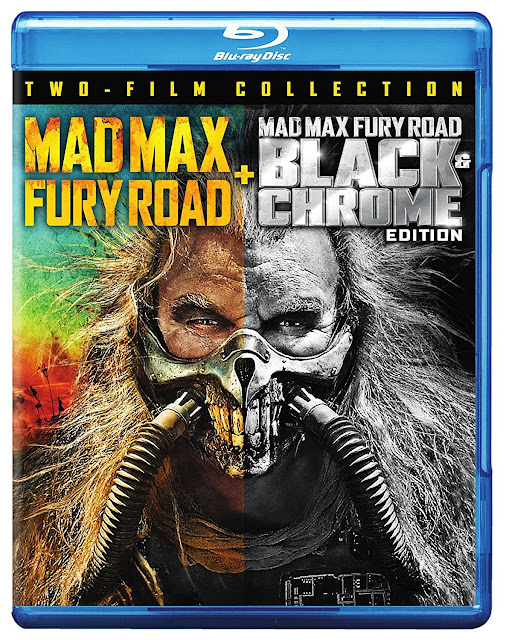 The boldest thing about director Destin Cretton's 2013 indie drama Short Term 12 is its lack of on-the-nose exposition and speechifying, which makes it stand apart in a genre where dramas about counselors or social workers who want to protect child abuse victims are frequently on-the-nose about their storytelling and over-explanatory or preachy. "None of the backstories of the film's four main characters... are unveiled in clumsily written infodumps or pointless flashbacks," I said a couple of months ago. "They're unveiled gradually, piece by piece, and at believable moments."

The same goes for Mad Max: Fury Road, Australian director George Miller's incredible and much-talked-about return to the post-apocalyptic action franchise that made his career 36 years ago. Aside from an introductory voiceover that's reminiscent of the recap about the fall of civilization at the start of Miller's earlier action masterpiece The Road Warrior, Aussie ex-cop Max Rockatansky (Tom Hardy, ably taking over Mel Gibson's titular role) has even less dialogue in Fury Road than he did in The Road Warrior. He makes Detective Frank Bullitt look like a flibbertigibbet doing an Aaron Sorkin walk-and-talk.

Read more after the jump>>
Posted by J. John Aquino at 3:15 AM No comments: