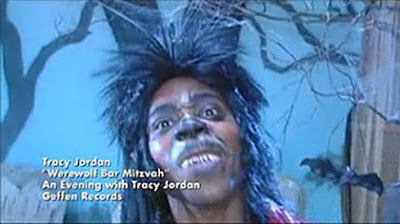 Almost nothing but spooky, scary soundtrack music on the channel today. 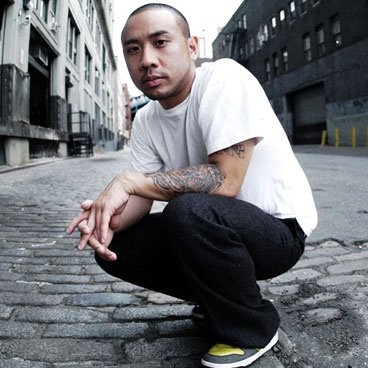 I'm a bad Pinoy. October is Filipino American History Month, and I haven't posted anything that's related to FAHM until now.

Minority history months always remind us to celebrate our past history. What about history that's being made right now?

The work of talented Fil-Am music video director Rik Cordero is worth celebrating in any occasion. Born in Queens and raised in Strong Island, the New York-based founder of Three/21 Films is making noise with his clever videos for the Roots, Nas and Snoop Dogg. Earlier this year, the FOBBDeep blog bestowed upon Cordero the honor of "FOBB of the Week."

Most of my favorite hip-hop videos are the less glitzy ones, like Sanji Senaka's video for the Pharcyde's "Passin' Me By" and the Beastie Boys' lo-fi "Three MCs and One DJ" video. Cordero's gritty work reminds me of those classic videos.

The first Cordero joint I ever saw was the Office Space-inspired video he directed for the Roots' "Get Busy." Cordero's dark-humored, torture imagery-filled video for the Roots' "75 Bars" is even doper.

In the "Sly Fox" video, Nas and Cordero bash the racist rhetoric of Babble O'Reilly and Fox News:

Changing music industry trends--like the fact that most viewers now prefer the Interwebs over MTV for their music video fix--have caused record labels to slash video budgets. So directors like Cordero have had to become more creative, like when he channeled R&B videos from the Donnie Simpson era of Video Soul in a lighter-hearted and more recent Three/21 video, for Q-Tip's "Move":

As Cordero and his Three/21 business partner Nancy Mitchell have said in a promo for their production company, Three/21 makes more than just hip-hop videos. They've also done videos for artists from other genres (Tigers and Monkeys, The Mighty Sweet) and both short and feature-length films.

Cordero's other videos can be viewed at Three/21's YouTube channel. This Pinoy filmmaker is going places.
Posted by J. John Aquino at 5:05 AM No comments: 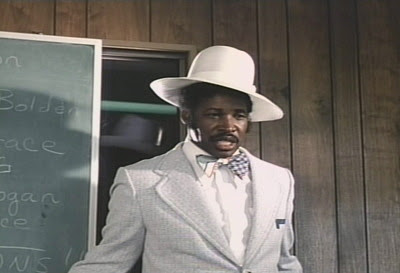 Fuckin' up muthafuckas was his game.

Comedian Rudy Ray Moore, a.k.a. trash-talking '70s action hero Dolemite, a.k.a. the Human Tornado, has died of complications from diabetes. He was 81.

Famous for its stiff martial arts choreography and production values that were so low that the boom mike gets enough screen time to qualify as a supporting character, Moore's 1975 cult classic Dolemite is a pretty bad movie (bad not meaning good in this case). Not a lot of bad movies are fun to watch (exhibit A: Nicolas Cage's last few action films). But Dolemite is fun to watch--and endlessly quotable ("Man, move over and let me pass 'fore they have to be pullin' these Hush Puppies out yo' muthafuckin' ass!").

Moore's B-movies have had such a huge influence on the hip-hop generation. Robin Harris is seen watching Dolemite and quoting from it during House Party, Ol' Dirty Bastard's "Got Your Money" video consists of nothing but footage from Dolemite and the Beastie Boys constantly reference Moore in their music (the classic "Hey Ladies" video recreates a sex scene from one of Moore's movies):

One of my favorite MADtv sketches spoofed Dolemite and its wooden actors and lousy production values. As the "Son of Dolemite," a half-naked Aries Spears ran around fuckin' up muthafuckas in "Pas-uh-DEE-NUH!" with his beergut hilariously hanging out of his bikini briefs.

It's been kind of a tough past three days for the hip-hop generation. First, we have to endure the sight of Sarah Palin attempting to relate to us by "raising the roof" on SNL*, and now a favorite blaction hero dies.

* I'm not a fan of SNL's "really white white people trying to rap" shtick, but Amy Poehler's got skills. When 8 Mile co-star Brittany Murphy guest-hosted SNL a few seasons ago, the show did an 8 Mile-inspired sketch about a fake feud between the cast members from the East Coast and the cast members from the West Coast, and Poehler was killin' it.
Posted by J. John Aquino at 4:20 PM 3 comments: 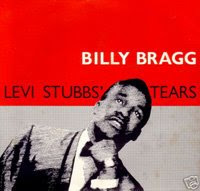 Four Tops frontman Levi Stubbs, who possessed a baritone that could knock you on your ass, has died. He was 72.

The Tops' most memorable hits include "Baby I Need Your Loving," "It's the Same Old Song," "Ain't No Woman (Like the One I've Got)" and "Bernadette" (WARNING: white people dance to "Bernadette" in this clip from John Larroquette's 1990 slapstick comedy Madhouse, but despite the gratuitous white guy dancing, it's a great scene in an otherwise dumb and forgettable movie and it shows why Larroquette has nabbed the Emmy so many times).

On the film music side, the legendary vocalist and his cohorts performed the catchy theme from Shaft in Africa, "Are You Man Enough?" (which is effectively used in Superbad).

The Mondo Musicals! blog notes that some critics found Audrey II to be an offensive black caricature (!). Stubbs responded to those criticisms in a 1987 interview and said, "Sure, a lot of black people have big lips, but this is a plant, for crying out loud! That attitude is stupid."

Edward Copeland is right: even though he never appeared onscreen, Stubbs stole Little Shop.
Posted by J. John Aquino at 7:00 PM No comments: 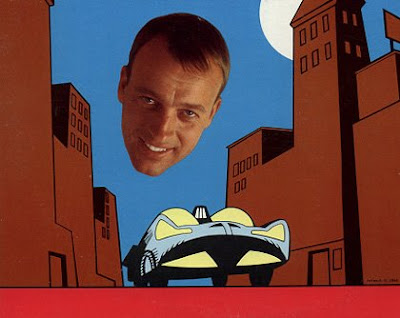 The composer of the themes from the '60s Batman TV series and the 1968 movie version of The Odd Couple, Neal Hefti died of a heart attack over the weekend. He was 85.


Hefti (like Riddle a band leader and jazz arranger) wrote an appropriately dynamic and instantly recognizable theme that launched with a heavy 4/4 rhythm for bass guitar, low brass and percussion and eight singers (four sopranos and four tenors) singing the words "Batman!" in unison with the trumpets... Ironically, despite (or perhaps because of) its apparent simplicity, Hefti has described the Batman theme as one of the most challenging things he has ever written.

Hefti's other credits included the cult favorite Lord Love a Duck, Sex and the Single Girl, How to Murder Your Wife, Duel at Diablo, Barefoot in the Park and A New Leaf. It's a shame that much of Hefti's work--like the enjoyable Odd Couple soundtrack, which contains themes that were later reupped on the classic Tony Randall/Jack Klugman TV series--hasn't been reissued on CD (props to Film Score Monthly for including Hefti's How to Murder Your Wife and Duel at Diablo score tracks on its now-sold-out MGM Soundtrack Treasury box set).

The Nov. 4 edition of "AFOS A-Go-Go" will open with a tribute segment consisting of Hefti's themes from Batman and the '68 Odd Couple. Those Odd Couple tracks still sound sweet even though the soundtrack album is a re-recording that's interspersed with Jack Lemmon/Walter Matthau dialogue clips that for some stupid reason, were reedited to include a laugh track (canned laughter on a film score album is like Mohinder's voiceover narration on Heroes--totally pointless).
Posted by J. John Aquino at 4:20 AM No comments:

When I play the video with just the audio and no picture, the pint-sized version of Babble O'Reilly sounds like Holly Hunter if she got brainwashed by neo-cons. 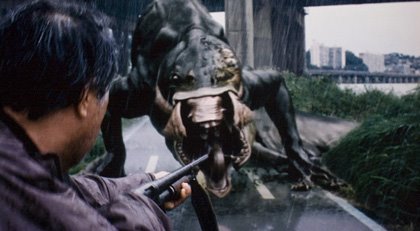 Just in time for Halloween is the next new episode of A Fistful of Soundtracks: The Series, which will consist of selections from scores to monster movies, including cues from Byeong Woo Lee's score to The Host and the iTunes single release of Michael Giacchino's "Roar!," the closing credits theme from Cloverfield. 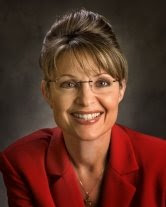 Governor Palin has been called many things. Caribou Barbie. A Tina Fey lookalike. A Peggy Hill lookalike. A Chief Marge Gunderson soundalike. Bush in drag. Dan Quayle with an updo. "Mom" from Futurama. Lonesome Rhodes from A Face in the Crowd. Charo to Biden's Johnny Carson.

I once compared her grasp of foreign policy to Miss Teen South Carolina's grasp of the English language. I'd like to add another two cents to the "Palin is like..." game and compare her to someone really obscure: Picket Fences character Rachel Harris, the lingerie store owner who was hastily thrust into the job of mayor of Rome, Wisconsin despite her lack of qualifications.

Leigh Taylor-Young won an Emmy in 1995 for her role as Mayor Harris, a cougar long before the term became popular (she was an early example of Picket Fences creator David E. Kelley's obsession with cougars, which was most memorably and disgustingly depicted through Fish's wattle fetish on Ally McBeal). The mayor slept with the much younger Deputy Kenny (but he pined for Deputy Max, played by Lauren Holly). 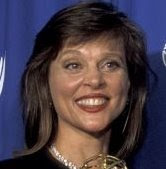 Palin's beauty pageant past isn't as lurid or hot as Mayor Harris' porn star past, but their policies and knee-jerk, out-of-control responses to issues are similar. The former Wasilla, Alaska mayor's attempt to ban books from the local library reminds me of the Picket Fences episode in which Mayor Harris ordered MTV to be removed from the local cable company's channel roster because she thought Beavis and Butt-head influenced the youth in Rome to be violent to each other (a grade schooler was on trial for shooting one of Sheriff Jimmy Brock's sons as payback for injuring his older brother during a prank-gone-bad). Mayor Harris continued to piss off the town by enforcing weapon searches on motorists and the fingerprinting of every Rome citizen.

That's what I fear will happen if Palin wins the VP seat. Like the citizens of Rome, we'll be treated to lots of bullshit enforced by someone who plays on people's fears and uses her looks or faux-folksy demeanor to distract the public from how underqualified she is for the job and how stupid and underwhelming her policies are.
Posted by J. John Aquino at 9:00 PM No comments:

Garry Shandling's guest appearances on Real Time with Bill Maher are hit-and-miss, but on this week's Real Time, his theory on how Joe Biden prepared for his debate with Sarah Palin had me rolling:

"I think he watched tapes of how Johnny Carson used to deal with Charo... She was this close to saying cuchi-cuchi."

Why the hell did moderator Gwen Ifill let Governor Peggy Hill change the subject during the debate? I've seen better moderating on an IMDb message board.
Posted by J. John Aquino at 3:45 AM No comments: 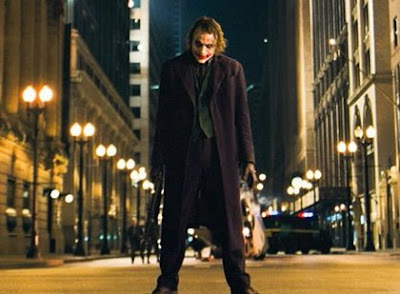