I pour one out for the late Dick Tufeld, the voice of the Lost in Space Robot 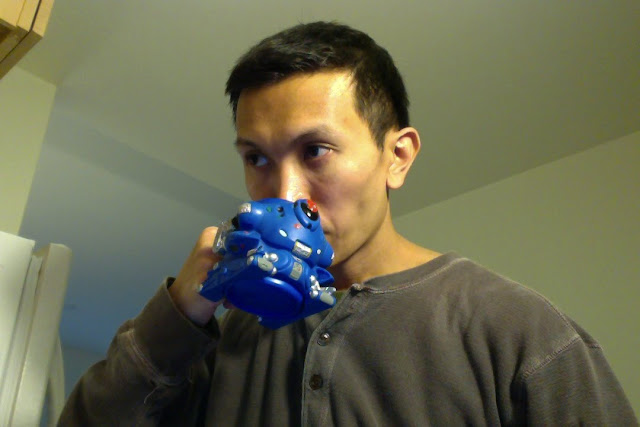 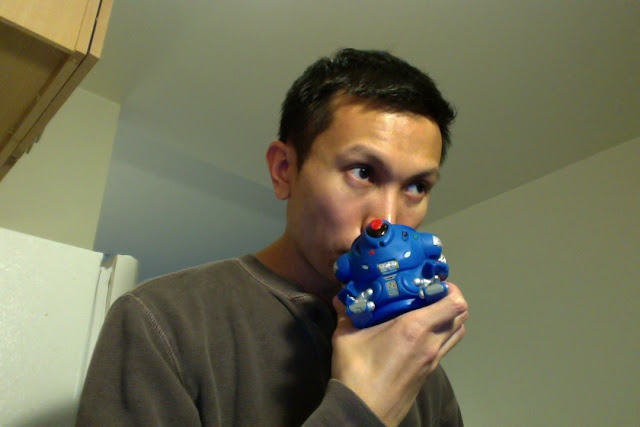 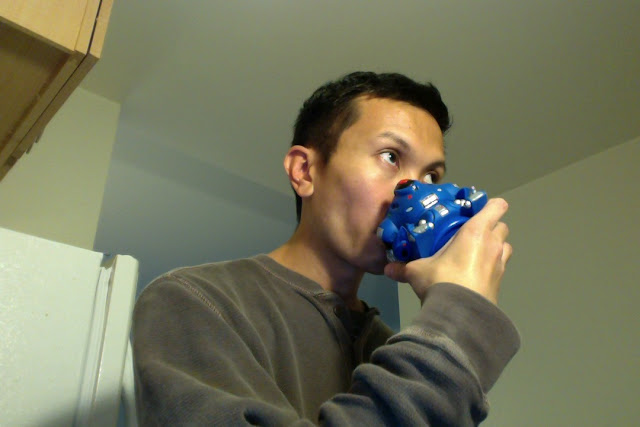 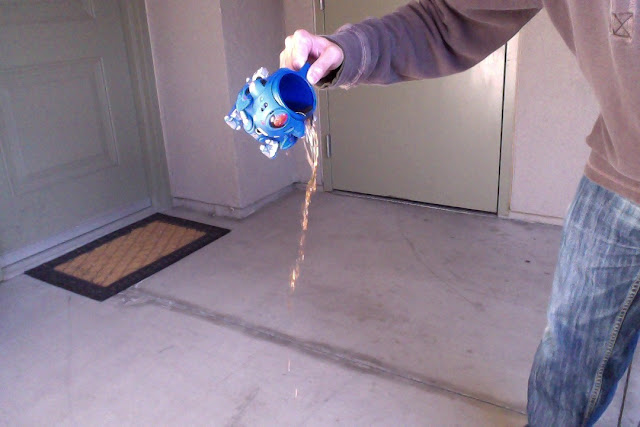 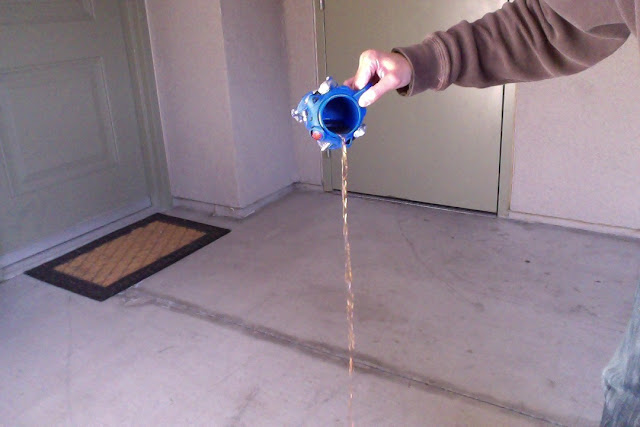 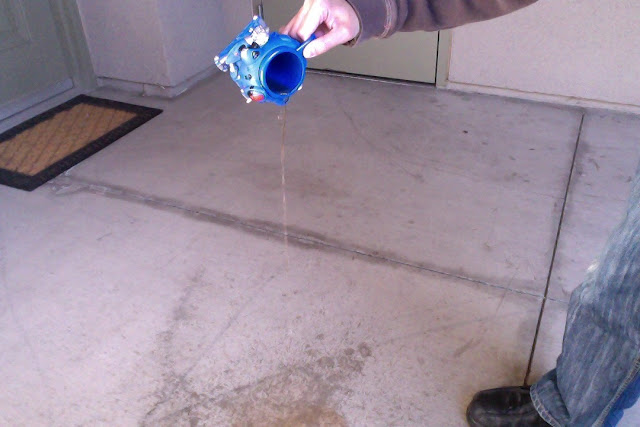 Lost in Space at 5pm weekdays on KBHK TV 44 in the early '80s was the first non-Sesame Street TV show I got hooked on. I didn't have The Wire, Breaking Bad, Community, The Boondocks, Louie or Justified back then. I had Ed Wood in outer space.

I was too young to understand Lost in Space, but I always liked having it on in the house at that age. Robots, ray guns and spaceships are irresistible to a four-year-old. The best character on this Irwin Allen Joint wasn't any of the Robinsons or creepy Dr. Smith (whose constant presence around Will Robinson made him look like he enjoyed being around young people a la Jerry Sandusky). It was the imaginatively named Robot.


Were Dr. Smith and the Robot lovers? Dr. Smith sure did speak to that "bubble-headed booby" as if he were his longtime lover. Hey, Logo channel, there's this old show from the '60s you might want to pick up...

Read more after the jump>>
Posted by J. John Aquino at 2:30 PM No comments: While recently sitting in the audience at Mezzanine in San Francisco for Fred Armisen and Carrie Brownstein's live tour to promote their hit IFC sketch comedy show Portlandia, music critic and iTunes producer Todd Inoue got enraged, not because Armisen and Brownstein didn't recite the "Put a Bird on It" sketch word-for-word, but because when Armisen asked the crowd if San Jose is part of the Bay Area, tons of audience members booed San Jose.

Todd, a former co-worker of mine, proudly hails from the 408. (He's also a guy who once graciously lent me several of his comedy albums from his CD collection to cull clips from for the now-defunct 15-minute Fistful of Soundtracks stand-up comedy clip show Morning Becomes Dyspeptic.) In an amusing piece he wrote and recorded for KQED-FM, Todd defends the possible future home turf of the Niners and bashes the bougie way San Franciscans like the haters at Mezzanine belittle San Ho as if the capital of Silicon Valley, which he says wallops San Francisco in the ramen and taco departments, were their runty little brother. (Even people outside the Bay have taken notice of San Franciscan snobbiness. Donal Logue, the former star of my favorite cancelled 2010 show Terriers, once tweeted that San Francisco is "A beautiful, erudite, dirty and yet phenomenally snobby city in a provincial way--maybe mostly people who just moved there.")

Ironically, the snobby anti-SJ vitriol took place at the road show tie-in to a TV series that mocks that kind of snobby attitude through the smug foodies, merchants, intellectuals, technophiles, trend-seekers and hipsters Armisen and Brownstein portray each week.

"So all you hipster dorks who dump on the 408. I'm talking to you," Todd says. "Yes, you, sitting in your wi-fi-enabled shuttle commuting from Hayes Valley to your Silicon Valley tech job. The same job that pays your bills, that allows you to listen to this program, ironically, on your Cupertino-invented laptop or iPod."

Unlike Todd, I've had an often miserable time living in the South Bay, and I'm sometimes itching to leave, but I don't like all this smug hating on SJ either (heh, "your Cupertino-invented laptop"). SJ is like a family member whom you've had beefs with, but when you see outsiders start to gang up on Jose, you get pissed off and feel like leaping right to Jose's defense. It's like "Hey, you don't get to hate on Jose. Yeah, he's always stealing my cash and he always gives the shittiest Christmas gifts, but only people who have known Jose for a long time get to put him in his place, so fuck off."

Sometimes, I feel like neither city is superior to the other, and I like them both equally. To borrow an expression I once learned from Todd, all this elitism and beefing is so Fremont.

And I'm having a blast! Seriously, no, I'm not.

So far, the only thing about the above tasks that's been nice is revisiting Hip-O Select/Geffen's now-out-of-print Shaft in Africa soundtrack CD because I dig its retro packaging (Hip-O Select/Geffen packaged their 2004 reissue of the Willie Dynamite soundtrack in the same fashion as well). I had to pull out the Shaft in Africa CD from the cabinets where I store my soundtrack CDs because the tracks that I ripped a few years ago from that disc, including Johnny Pate's "Shaft in Africa (Addis)," which was most memorably sampled by Just Blaze in Jay-Z's "Show Me What You Got," contain now-outdated sweepers.

In 2005, the 1973 LP for the threequel that MGM declared "The biggest Shaft of all in the hottest place of all" made its debut on CD as part of the limited-edition Hip-O Select series of Universal Music Group-owned album reissues that are available only through Hip-O's site. The CD packaging was simple and not-so-flashy but inspired. Instead of sticking the CD in a jewel case, Hip-O recreated the LP packaging--they didn't mess with the Shaft in Africa cover's original typefaces or its ABC Records emblems or its washed-out-looking color scheme and they even brought back the inner sleeve--and shrunk the cardboard sleeve and inner sleeve to CD size. It looks like something I unearthed during a crate-digging session at the used LP section of a CD store, except it somehow wound up in a washer and dryer that were being used incorrectly like in some bad sitcom or an old cartoon, and it shrunk along with all the other clothes.

The "CD-Sized Album Replica" packaging appears to be eco-friendly too. Why don't more labels package their reissues on CD like this?

Vinyl is awesome, but I hate how much space vinyl takes up (my music collection currently consists of only CDs, mp3s or AACs). I'm like an anti-hoarder. I try to make my carbon footprint as small as possible, so I rejoiced when albums became downloadable. I love how music, movie and TV show formats have gotten smaller and smaller so that the content on those formats can be carried around in your pockets now.

I've been thinking lately about venturing into club or lounge DJing. Ever since I got myself my first MacBook last month, I've been adding onto its iTunes so many mixes, including Paul Nice's Do You Pick Your Feet in Poughkeepsie? mixtape and DJ sets from props, SFNY and Sweater Funk. Listening to those mixes nonstop on my MacBook Pro has made me want to someday become a DJ like Nice, props, his SFNY cohorts and the Sweater Funk members. If I end up doing that kind of DJing, I'm so going to enjoy carrying around all those damn records. 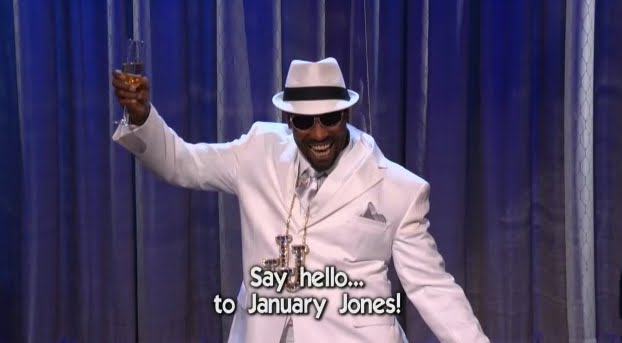 It's time to make another block title change. What better month is there to make such changes than month #1, January?

Email ThisBlogThis!Share to TwitterShare to FacebookShare to Pinterest
Labels: A Fistful of Soundtracks, Conan O'Brien


I got tired of calling it "The Street."

I really should have done this on January 2. Five days after New Year's Day, I realized I didn't like "The Street" as a block title anymore, so I chose January 11 to implement the title change because date-wise, January 11 kind of looks like January 1.

The playlist contains selections from '60s, '70s and '80s film scores with funk, synth or jazz sounds that have been sampled or referenced by beatmakers in their music, as well as cuts from more recent scores with funk, synth or hip-hop sounds--like the Attack the Block score (dig the ATB fan art above)--that were composed by those same beatmakers or their peers. One of these newer composers who are featured during the block that's soon to be formerly known as "The Street" is Adrian Younge, who wrote and performed the original music for both the hilarious Black Dynamite and the upcoming animated series of the same name.

Last month, Younge, who's also a resident DJ at the Verdugo Bar's monthly "Rendezvous!" night in L.A., was behind the ones and twos for a spectacular "Rendezvous!" DJ set. DJ Alfonso, who runs "Rendezvous!" and shares with Younge the same tastes in '60s and '70s Italian and French film scores, posted the results from that night.

Younge threw in "It's Me" from his own album Something About April, a track that I assume is a Joe Bataan joint, a cover of The Dramatics' "In the Rain" I've never heard before and instantly dug, bits of giallo-era Morricone (hello again, The Forbidden Photos of a Lady Above Suspicion [at 40:13, to be exact]), a 007 triple-shot, some Moog-y cover of Nino Rota's "The Godfather Waltz" and an even Moog-ier instrumental cover of "Walk on By" that sounds like something straight out of the out-of-print Cinemaphonic: Electro Soul library music collection that was compiled by Black Dynamite and Megas XLR music supervisor David Hollander.

Time to ID another existing song that comedy nerds must be curious about (this time, it's the Portlandia theme) 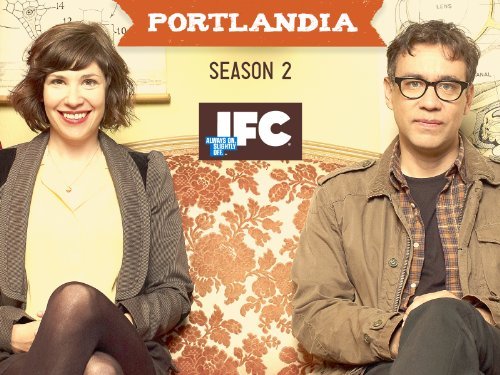 Portlandia is the amusing and mostly improvised IFC sketch comedy show created by drummer-turned-SNL star Fred Armisen and former Sleater-Kinney frontwoman Carrie Brownstein and starring the duo as various characters in Brownstein's current hometown of Portland, Oregon, the tweeness capital of the world. The show returns this Friday for a second season full of more jabs at hipsters, more of Armisen and Brownstein's fellow musicians appearing in sketches a la first-season guest star Aimee Mann and more interesting-looking footage of Portland, where the show is filmed on location.

A gorgeously shot montage of the sights and real faces of Portland (none of those faces are Armisen's or Brownstein's during this part of the show), the Portlandia opening title sequence is one of TV's most evocative titles. That's not surprising--Portlandia is a Broadway Video joint, and Lorne Michaels' production company has a nasty habit of giving its sketch shows (from SNL to Kids in the Hall) the most stylish shot-in-the-streets opening titles. But what's that hypnotic tune during the Portlandia titles? 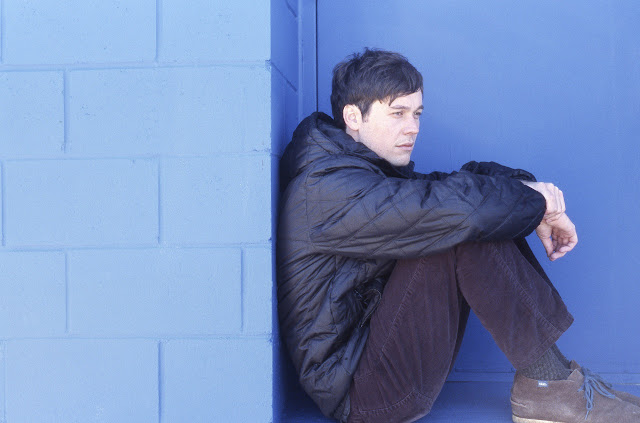 The Portlandia theme that viewers have been pestering IFC about since the show's first season is the 2009 track "Feel It All Around" by chillwave genre pioneer Washed Out, a.k.a. Ernest Greene.