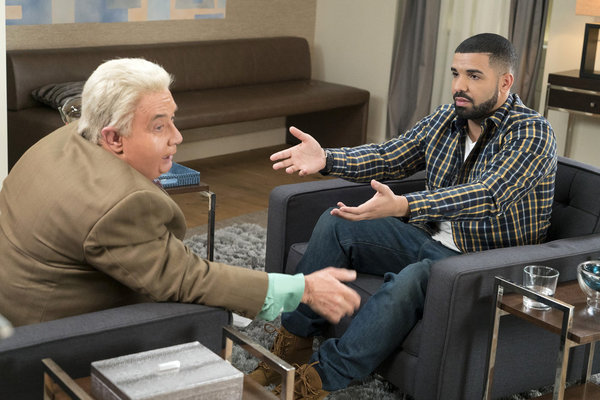 I don't care for variety shows, except for Muppet Show clips (or the occasional Carol Burnett Show sketch clip) and sometimes SNL, which, if you think about it, is really just a '70s-style variety show, but without a scantily clad resident dance troupe, and that makes you wonder about an SNL in a parallel universe where, since 1975, a goateed Lorne Michaels implemented a group of Fly Girls on his show, and all those Fly Girls are white. Variety shows are such an outdated and creaky form of TV. I always feel like I need to be 78 years old and fond of prune juice in order to enjoy a variety show from start to finish.

When the Miami-based Sábado Gigante said "¡Adiós!" after 53 years of old-fashioned TV, it was a sign that even non-English-speaking variety shows are doomed. Yet that hasn't stopped NBC from pushing for the variety show to come back to American TV, first with the now-defunct Best Time Ever with Neil Patrick Harris and now with the summertime replacement show Maya & Marty. The Tuesday night show pairs up two great comedians from completely different eras of SNL: Martin Short--whose best shtick, prior to his one season on Dick Ebersol-era SNL, took place on SCTV, the classic sketch show that constantly ripped apart the cheesiness of variety shows, whether it was through Short's Jackie Rogers Jr. character or Eugene Levy as Gene Shalit incongruously doing musical numbers with Catherine O'Hara as Rona Barrett and Joe Flaherty as Gene Siskel--and '00s SNL regular Maya Rudolph, a Prince song-covering, TCM-watching pre-'90s-showbiz nerd type who genuinely enjoys the cheesiness of variety shows (Maya & Marty is her second attempt at a variety show, after the one-off Maya Rudolph Show special). Despite that pairing, which sounds nice on paper, Maya & Marty does not look enticing to me, except for one element, and it's the only part of Maya & Marty I've been watching online: the return of celebrity interviewer Jiminy Glick.

Way before Ali G trolled politicians or Zach Galifianakis embodied fake awkwardness between two ferns or Eric Andre caused a genuinely uncomfortable Lauren Conrad to walk out on him or Stephen Colbert pretended to know nothing about hip-hop while interviewing an in-on-the-joke Eminem, there was Glick, Short's funniest character and an interestingly late addition to Short's repertoire. Glick and his weird, Merv Griffin-ish voice didn't appear first on either SCTV or mid-'80s SNL and instead emerged from a much later and completely forgotten venue: Short's 1999 daytime talk show. I tuned in to The Martin Short Show for only one reason: to see Short badly interview the likes of Ted Danson and a Dharma & Greg-era Jenna Elfman as Glick. It was far more entertaining than Short doing polite interviews for real as his normal self.

Clearly modeled physically after the rotund physique of Miami celebrity interviewer Raúl De Molina, "El Gordo" in the Univision chat show duo known as El Gordo y la Flaca, the donut-loving Glick commits as many sins as possible as an interviewer. He doesn't do any research about his interviewee beforehand, he has a short attention span, he constantly brings up things that have nothing to do with the interviewee (his sons Morgan, Mason, Matthew and Modine somehow always wind up being mentioned in conversations, as does his past as a personal assistant to the likes of Charles Bronson and Telly Savalas) and he always interrupts the interview to take phone calls from his off-screen wife Dixie (played by the late Jan Hooks when Short starred as Glick on Comedy Central's Primetime Glick and in 2004's Jiminy Glick in Lalawood).

Often referred to by Short as his take on "morons with power," Glick is a brilliant mockery of both the vapidness of a lot of press-junket interviews and the tendency for local news personalities from mid-sized TV markets to care more about either their wardrobe, their hair or in the case of Glick, their hotel snacks than about doing any non-IMDb research or being a competent interviewer. I'm a fan of Glick, not just because of Short's improv skills, but also because I've been there, man. I'm talking about the "being interviewed by a person who's weirdly distracted while giving the interview" part.

I'm not going to name names. During the recording of the interview, the interviewer was disengaged (most likely due to a hangover), as well as vaguely pissed off about my affiliation with a subject I had to do all the fucking work to get the interviewer to mention. I don't even remember the questions the person asked me because those questions were as stimulating as watching paint dry. All I remember are two things: 1) the passive-aggressive interviewer sat in the weirdest position, not because that person's body was a difficult-to-navigate mess like Glick's body whenever he has trouble getting himself to sit down properly but because that interviewer was trying to play mind games and condescendingly assert authority (think Andy Kaufman's old talk show parody where he sat in a desk that was eight feet higher than his interviewee's couch), and 2) the experience made me realize this is why interviewees have assistants. They're there to protect them from half-assed or rude interviewers.

As Glick, Short does a much more funny version of the bizarre interview experience I went through for a few minutes (the interviewer wasn't doing a bit and was genuinely uninterested in this interview I was actually invited by that same person to do). I'm not a celebrity, but I can relate to the confusion many celebs feel as they figure out how to react to Short's unscripted shtick as Glick (some of them simply collapse into laughter). And on Maya & Marty, Glick is still hilarious, whether he's reducing Larry David to laughter with his assessments of David's cantankerous Curb Your Enthusiasm persona or claiming that he recently lost weight to Kevin Hart, who jokingly replies to Glick with "And I've found it."

The Glick segments from Maya & Marty prove that Glick works best as a side character, and all you need to do is stuff Glick and a celeb in a cramped hotel room and hilarious improv will always ensue. But when you take Glick out of those cramped hotel rooms (or in the cases of Glick's interviews with Conan O'Brien and Ray Romano, the empty sets of their respective TV shows) and make Glick the center of either a Fernwood 2 Night-ish talk show with a band and a studio audience (Primetime Glick) or a feature film (Glick in Lalawood), he's not as funny. In other words, the sight of Short simply using his imagination and ad-libbing off the top of his head a bunch of crazy details about Glick's past (and present) as a piece of gum on the bottom of Hollywood's shoe is more entertaining comedically than the sight of Short's corpulent alter ego in scripted situations where he's outside the press junket and is smack dab in the middle of that outer milieu as that gum on the shoe.

Part of the enjoyment of Short's shtick as Glick also weirdly comes from stumbling into comments from people who aren't familiar with the character and think the appalled or frustrated reactions from Glick's interviewees are real like Lauren Conrad's was on The Eric Andre Show. It's called improv, Einstein. Just like when Eminem's dumbest fans didn't understand that Colbert was faking his rudeness to Em, Drake's dumbest fans don't understand that Drake was in on the joke when Glick grilled him on Maya & Marty.

Drizzy also happens to be the only rapper with an improv comedy background. Sure, he's no Amy Poehler, but the skills that were on clumsy display during that teenage Aubrey Graham improv video that went viral have grown a bit since that pre-Degrassi video, and he put those skills to good use in the kind of role he wanted to play while dealing with Glick.

Drake simply wanted to play the more serious straight man to Glick and express total confusion over the way Glick is barely the controlla of the interview, and sometimes, as evidenced by Ryan Phillippe's unexpectedly effective non-comedic performance in MacGruber, that's better than trying to upstage somebody like Short. Drake the type of dude who'd prefer to not respond to a veteran improviser with a Michael Scott-style gun.

Goddamn, people, we've been through this before with Ice Cube.

People who don't understand that rappers or musicians are in on the joke when Glick chats with them are like people on Facebook who see a Facebook friend's repost of an Onion headline and think the headline is real. They're the same kind of morons Short is taking dead aim at whenever he puts on all that makeup as the moron with power named Glick, the improv comedy gift that, thanks to Maya & Marty, keeps on giving.
Posted by J. John Aquino at 11:00 AM