Most people visit YouTube for cat videos, while I go there for either hip-hop music videos, instrumental versions of hip-hop tracks, music I can't find on Spotify (or don't want to go to Spotify for because it always crashes), blooper footage or old TV show opening title sequences. The other night, I was zipping through some YouTuber's compilation of network TV opening titles from my childhood (peep Bryan Cranston in an uproarious mullet at 4:25!), and one particular title sequence--from a show I've never seen before--stood out amongst the rancid-sounding, sub-smooth-jazz pack.

Okay, maybe that original Todd Rundgren theme for TV 101 isn't so rancid (Stacey Dash drinks the blood of young Republican virgins to keep looking like she does in the TV 101 opening credits [6:41]). But from 2:01 to 3:01, Almost Grown, a drama that starred Tim Daly (at a point in his career between his breakout role in Diner and the era of Wings, the Timmverse Superman and my personal favorite animated Daly character, Bizarro), blows away all the other '80s shows with a Pablo Ferro-esque font and a swaggering James Brown banger that fortunately isn't the overplayed "I Feel Good," a Brown tune I grew to despise (thanks a lot, movie trailers, wedding DJs and Republicans!).

I know this groove best as Das EFX's "Mic Checka" ("I miggity-make the Wonder Twins deactivate!"), but heads who didn't grow up in the '90s might know it as "Think '73."

It's funny how "Think" was used to open the whitest show on network TV. Almost Grown was part of an annoying late '80s network TV trend of white and affluent baby-boomer showrunners subjecting viewers to their nostalgia for '60s music (even though a lot of that music was top-notch Motown). However, this really white show is an interesting-sounding one I'm dying to watch for the first time on disc (I don't think it'll ever make it to disc because I doubt Universal Studios Home Entertainment would want to go through the trouble of clearing all those existing songs on Almost Grown's soundtrack), mainly because Almost Grown was made by a pre-Sopranos David Chase. Judging from the descriptions of how Chase ambitiously structured the time frame of Almost Grown's episodes, this was a show ahead of its time. Chase made a precursor to the flashback-heavy structure of Lost, Person of Interest and Arrow. 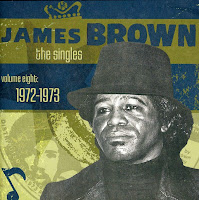 Almost Grown was chock-full of subjects Chase would later revisit in both the equally existing-song-heavy Sopranos ("The family and the annoying mother. Almost Grown was the lab for The Sopranos," said Chase in a 2007 WGA chat where another TV writing genius, Tom Fontana, complimented him on his work on Almost Grown) and Chase's final collabo with the late James Gandolfini, the unsurprisingly existing-song-heavy Not Fade Away. Chase's 2012 movie revolves around a struggling '60s rock band, while Almost Grown's late '60s flashbacks involved the Daly character's phase as a college radio DJ caught up in the counterculture of the period.

"Music has always been part of my creative process. I put on headphones, listen to music and try to get ideas or moods for stories," said Chase to the Chicago Tribune during the brief run of Almost Grown, which had Chase taking a vintage pop tune that a character would hear ($5,000 per tune!--according to Chase in the 1988 ChiTrib piece) and using it as "a mnemonic device to send you back to that period in their life and you'd play out a story back there and then come back to the present."

Oh, so it's like Cold Case without the heavy-handedness.