Attach the block: Black Mirror: White Christmas imagines a cold future where people can be blocked in offline relationships like on Twitter 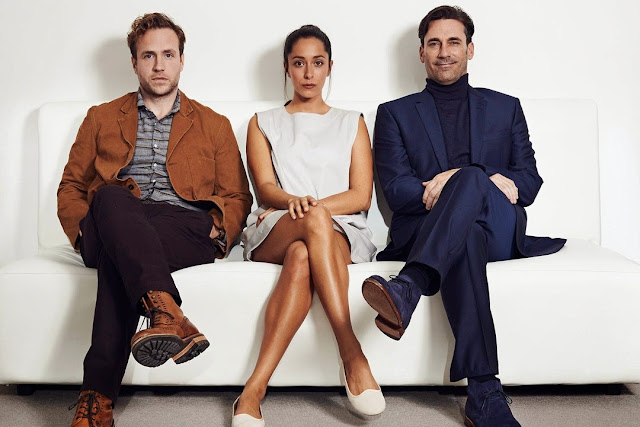 Goddammit, Black Mirror! Why do you have to be so amazing? Black Mirror isn't just the best anthology franchise currently on the air. It also contains some of the craftiest sci-fi storytelling on TV in 2014, as exemplified by Black Mirror creator Charlie Brooker's feature-length Black Mirror: White Christmas, a delightfully twisted piece of non-traditional holiday entertainment that premiered in the U.K. on Channel 4 last night. White Christmas, which guest-starred Jon Hamm and a couple of Game of Thrones alums, Oona Chaplin and Natalia Tena, feels more like a feature film than a typical Black Mirror episode, which is why I'm writing the title in italics instead of in between quotation marks.

I've written about Black Mirror before, after it was added to Netflix in America, and as someone who stubbornly refuses to become a smartphone zombie like the male smartphone zombies in my family, I just love how much twisted and subversive fun the show has with exploring the dark side of technology. Want to live inside your phone? Well, you get your wish, but you have to part with a little thing called free will. Want to block your significant other from your marriage or any future interactions you have with him or her, just like how you can block some anonymous troll on Twitter? Well, here's the tech to block that bastard, but that person's going to be driven so crazy by being blocked that the bastard will come back later to murder your entire family. 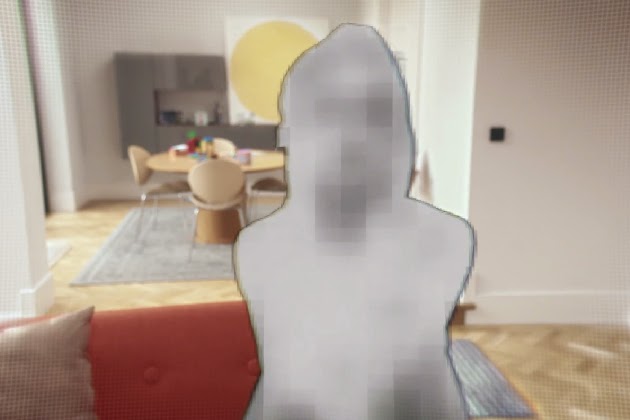 I'm making it sound like Black Mirror is the kind of completely technophobic piece of shit Michael Crichton used to crank out. But the writing in the six previous Black Mirror episodes and White Christmas is more nuanced than that. Black Mirror's attitude isn't "Technology is evil." The show's attitude is more like "People are evil and fucked up, and when they have all this technological power in their hands, they don't know what to do with it." Not every gadget on the show is a detriment. There's one gizmo from the show I'd want to have, and that's the digital drawing board Hayley Atwell uses to create illustrations and graphic designs in "Be Right Back." But as for all the other gadgets, they seem appealing at first because of the immense power they give their users--like the "Entire History of You" device known as "the grain," which allows people to record everything from their workdays to their bedroom sessions with an implant in their skulls--but then they lose their appeal for me because of the horrible mistakes Brooker's characters make with these devices.

The first and third segments in White Christmas' triptych of interconnected horror stories about technology made me notice that there are never any healthy romantic relationships on Black Mirror. They all end badly. (At times, Black Mirror feels like the serious sci-fi version of many of Aziz Ansari's more recent stand-up routines, which have been based on extensive research he did about how much technology has changed relationships and romantic interactions.) Mankind's inability to contain its greed or keep its addiction to technology in moderation poisons everything, especially relationships. Even the original Twilight Zone, a huge influence on Brooker, was less cynical about relationships impacted by machines. When William Shatner and Patricia Breslin escaped the clutches of Satan's fortune-telling machine at the end of "Nick of Time," you knew their marriage was going to turn out okay. That's never the case with any relationship on Black Mirror.

The star of Mad Men, who portrays in White Christmas a futuristic dating coach who, of course, is unable to control the horrible outcome of one such ill-fated relationship, is the Kendrick Lamar of both American and British TV. He appears on everything. (Oh, look, he's on The Increasingly Poor Decisions of Todd Margaret! Now there he is on Parks and Rec, as the only employee of Leslie Knope's who's more incompetent than Jerry!) In White Christmas, I like how Brooker and director Carl Tibbetts got Hamm to tap into his comedic side, as seen in countless comedy podcasts, his 30 Rock guest shots and Bridesmaids, instead of doing nothing but brood a la Don Draper for the entire Christmas special (all the brooding during the special is left to Rafe Spall as a man who receives the aforementioned "block" from his girlfriend, who's played by Salem star Janet Montgomery). Hamm's so skilled at both anchoring Brooker's stories and injecting levity into them (his unreliable narration is the funniest part of the first White Christmas segment) that had Brooker wanted to go old-school instead and have a host introduce each story on Black Mirror, Hamm would have been the perfect Black Mirror host/narrator.

As a viewer of several comic book-inspired shows that are attempting to build shared universes of their own by dropping one reference to either the source material or a sister project after another (with his giddy habit of giving criminals colorful villain names that are the exact same names as their DC Comics print counterparts, Cisco from the CW's The Flash should be called "Mario Sue," as in "mare-ee-oh"), I'm getting kind of Easter-egged out. White Christmas is full of Easter eggs that reference previous Black Mirror episodes--at one point, Spall is seen flipping through TV shows that were featured in "Fifteen Million Merits" and "The Waldo Moment," as a sort of stocking stuffer from Brooker, in addition to this whole feature-length Christmas present he's written--but I don't mind those Easter eggs.

The possibility in White Christmas that all these Black Mirror stories take place in the same universe is interesting, and it reminds me of how the '90s version of The Outer Limits used to take its most well-received episodes and create sequels to them or intertwine those episodes' self-contained continuities with other episodes' continuities. In fact, Black Mirror is essentially an Outer Limits for the age of Google Glass and digital footprints, but better, stronger, faster. And--despite not containing any bug-eyed monsters or Cronenbergian creatures--scarier.

Both seasons of Black Mirror--just three episodes each--can be streamed on Netflix. There haven't been any announcements yet regarding Netflix making White Christmas available to American viewers. Parts of White Christmas are reminiscent of the sci-fi-tinged Batman: The Animated Series episodes "His Silicon Soul," in which a neglected robot clone of Batman believes he's the real Batman, and "Perchance to Dream," in which Bruce Wayne wakes up to discover his parents were never murdered. Excerpts from the late Shirley Walker's superb score from "Perchance to Dream" can be heard during "Brokedown Merry-Go-Round" and "Hall H" on AFOS.