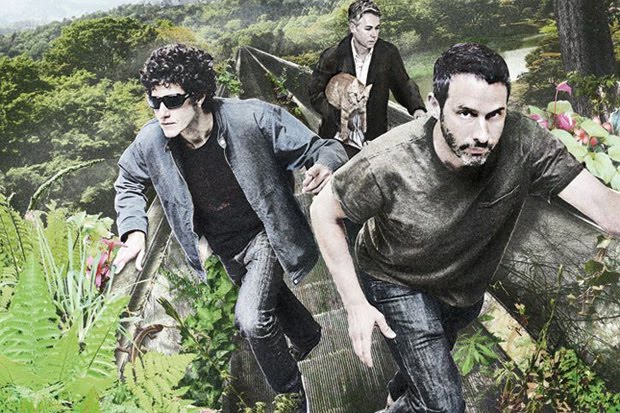 The "Public Enema" and "Star War" lines remind me of an article I read in a hip-hop magazine once. The article listed moments when rappers dropped malapropistic pop culture references or flubbed up celebrities' names. When they flub up the pop culture references like in the following five tracks, rappers suddenly sound old and out-of-it like that Witherspoon character from House Party (the Beastie Boys have been in the game for a while, but hopefully, they won't sound too out-of-it on their promising-sounding new album Hot Sauce Committee Part Two).

Thanks to "I Know You Want Me (Calle Ocho)" by Pitbull, I'm in the mood for renting a film by "Albert Hitchcock."

2. "Oh Word?" by the Beastie Boys
"This is not a fantasy, I'm not Mr. O'Roarke." Wow, I didn't know the racially ambiguous but Latin-ish Mr. Roarke was really an Irish bloke all along.

5. "Blindfold Me" by Kelis and her then-husband Nas
Nas probably meant "Mickey Rourke in 9 1/2 Weeks," but for some reason, it came out as "Gonna surprise you like Hugh Grant in 8 1/2 Weeks." Confusing the works of softcore porn producer Zalman King with the oeuvre of Chris Columbus, the family-friendly director of Nine Months, Home Alone and I Love You, Beth Cooper, is a common mistake in hip-hop. The other day on the street, I overheard a freestyle battle where one MC insulted the other to the beat of Drake's "Over" with "Got a text from your girl saying she wanna ride my penis/Like Hayden Panettiere in Delta of Venus."
Posted by J. John Aquino at 3:35 PM