Throwback Thursdeath: What We Do in the Shadows 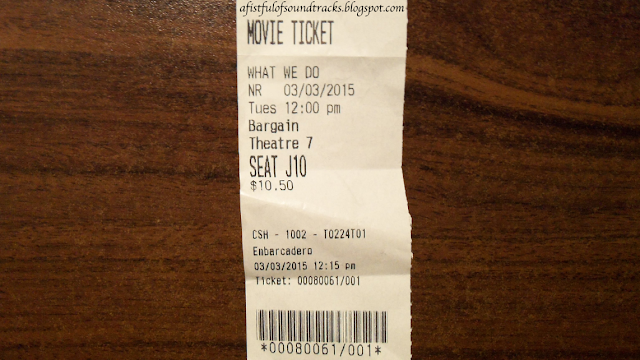 Today's edition of Throwback Thursday is a repost of a TBT piece from March 12, 2015.

One of my favorite SNL sketches that Yahoo's "complete SNL archive" currently doesn't carry is a 1989 Dracula sketch written by Jack Handey and James Downey, who told interviewer Mike Sacks in his 2014 book Poking a Dead Frog: Conversations with Today's Top Comedy Writers that a few other SNL writers disliked his sketch when they first heard about its premise because they thought it sounded hacky: "What if Dracula were AIDS-aware?" The sketch, which featured James Woods as an inquisitive Dracula who asks his potential victims about their medical histories (one of whom was played by the late, great Jan Hooks), turned out to be funny anyway, and it's a shame that Yahoo doesn't have it. If you do fondly remember that James Woods Dracula sketch, then you're bound to get a kick out of the similar "old-world vampire who's had to adapt to the modern world" humor of co-stars/co-directors Jemaine Clement and Taika Waititi's clever 2014 mockumentary What We Do in the Shadows.

At only 86 minutes, What We Do in the Shadows doesn't wear out its welcome. It ends before it can exhaust any of its gags about vampire housemates who are hardly as suave as the stars of True Blood and bicker over household chores or fashion choices, fussy werewolves, chatty and verbose zombies and a modern-day Renfield who's more like a personal assistant than a spider-eating mental patient. If Christopher Guest or the geniuses at Aardman Animations ever wanted to make a mockumentary where all the main characters are famous movie monsters, the result would probably resemble What We Do in the Shadows. 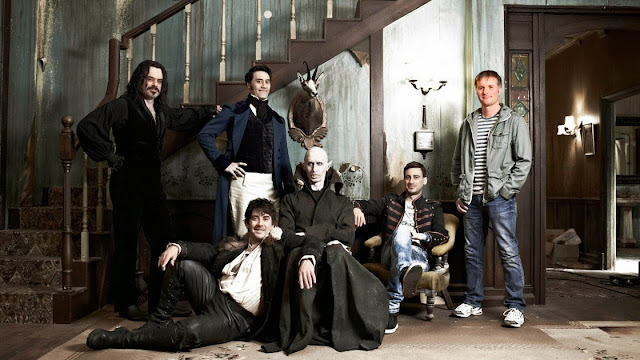 The film, which takes place mostly in an apartment in Wellington, New Zealand that's shared by a group of vampire friends, could have been a one-joke mockumentary. But thanks to the rich screenplay and capable direction by Clement, the bespectacled half of Flight of the Conchords, and Waititi, a fellow New Zealand comedian who directed Clement in the 2007 film Eagle vs. Shark and a few Flight of the Conchords episodes, What We Do in the Shadows is packed with so many effective jokes that it's difficult to catch them all in a single viewing, which makes it a film worth watching again and again.

It's also got a tender side underneath the comedic gore--you're as insane as Renfield if you're expecting What We Do in the Shadows to be a bloodless affair--and the gags about vampire genre clichés. Much of that tender side involves Waititi's character Viago, a 379-year-old aristocrat who traveled to New Zealand in a coffin to marry his girlfriend, but thanks to a coffin postage error, he wound up lost at sea and she married someone else instead. Viago's pining for his lost love is handled beautifully: it's sad, but it's also tinged with some raunchy humor (I've seen tons of TV shows and movies where people fuck each other in coffins, but I've never seen a moment where someone masturbates from inside a coffin, until What We Do in the Shadows came along), which keeps that side of the movie from turning unbearably sappy.

The nicely drawn characters created by Clement and Waititi are a plus, but what's even more enjoyable about What We Do in the Shadows is how its vampire universe is more enticing than most vampire universes from other genre works because it's so amusingly mundane and lived-in. I love the offbeat rules and customs Clement and Waititi came up with for their vampire world, like the bloodsuckers' inability to eat French fries or the little bit of business where they have to draw on notepads to each other how they look in outfits they're trying out because they can't see themselves in mirrors. By emphasizing the mundane, whether it's in those little details or the humorous neuroses of either Viago, his housemates or their werewolf rivals (whose leader is played by Clement's old Conchords co-star Rhys Darby), What We Do in the Shadows takes back the vampire genre from the detestable and banal Twilight and makes vampires relatable--and human--again.

Email ThisBlogThis!Share to TwitterShare to FacebookShare to Pinterest
Labels: Flight of the Conchords, Halloween, Jan Hooks, Jemaine Clement, SNL, Taika Waititi, Throwback Thursday, Twilight, What We Do in the Shadows, Yahoo