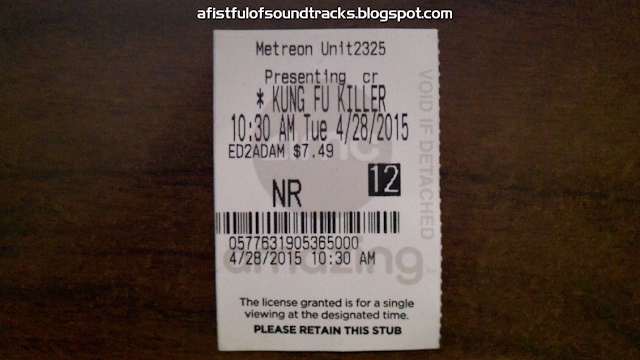 Today's edition of Throwback Thursday is a repost of a TBT piece from May 7, 2015.

As a streaming service, Netflix has both merits and drawbacks. Let's get the drawbacks out of the way first: some of the widescreen movies the studios hand over to Netflix's streaming library aren't in their original aspect ratios, so customers are subjected to poorly cropped and confusing-looking versions of those movies (the version of Step Brothers I watched on Netflix Instant in 2009 was one such poorly cropped version). And whenever Netflix loses the streaming rights to a title it's licensed to carry for a limited time, procrastinators like me often find ourselves scrambling to watch that title a couple of hours before it vanishes from the site.

They're annoying drawbacks. But they're outnumbered by merits like Netflix's terrific HD quality; no ad breaks; content that never freezes like it often does on a DVD or Blu-ray rental that's not in the best shape; and easy access to so many foreign films, which wouldn't have been possible in the VHS days when barely any home video companies cared about fully satisfying or catering to niche markets and the only way to experience a classic Jackie Chan actioner from Hong Kong was to grudgingly accept whatever Miramax or New Line Cinema gave you, and that would always be a butchered and badly dubbed version. 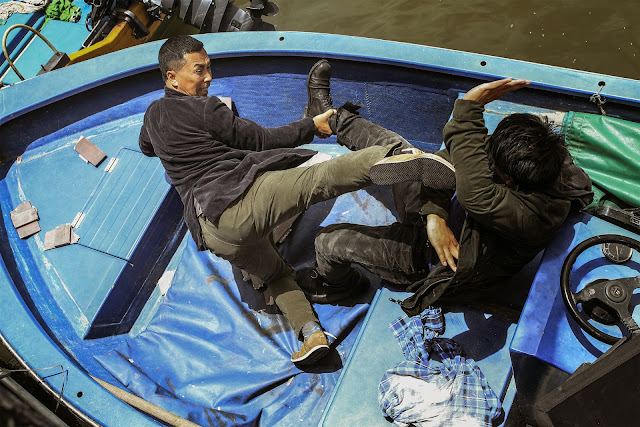 Those foreign films that are easy to access through Netflix's streaming library include the oeuvre of Hong Kong action star Donnie Yen. With the exception of the Miramax-butchered version of Iron Monkey that currently exists on Netflix, many of Yen's films are on Netflix in their original and untouched form, thanks to niche companies like Well Go USA, the way-more-hands-off-than-the-Weinsteins distributor of Yen's Ip Man films and the most recent Yen actioner to hit American theaters, the 2014 serial killer procedural Kung Fu Jungle, which reteamed Yen with his Bodyguards and Assassins director Teddy Chen. On Netflix, it's easy to get to know the charismatic (and unlike Chuck "1,000 Years of Darkness" Norris and Steven Seagal, able-to-act-during-non-fight-scenes) performer whom Deadspin "Netflix Action Movie Canon" columnist Tom Breihan calls "Hong Kong's greatest action star right now."

Breihan also refers to Yen as "one of the great movie-fight visionaries working today" due to his preference for making fight scenes look more visceral and tough, not to mention coherent--unlike the incomprehensible work of too many non-Asian directors who attempt to tackle elaborate action sequences--and never bringing in stunt doubles to replace the stars (who have done so much fight training that they don't need to be replaced), which lends authenticity to even the most improbable-looking moment of wirework. As Breihan says, Yen's preference for visceral fight scenes has elevated the movie-fight game (Tony Jaa's Thai actioners and director Gareth Evans' Raid movies are other similar examples where that game has been raised), and it "elevates something like 2007's Flash Point past standard Hong Kong cops-and-mobsters fare, turning it into something truly special."

The fight scenes in the Chen-directed Kung Fu Jungle don't break new ground like the climactic Flash Point brawl between Yen and Collin Chou did when it incorporated MMA fighting moves that were new to Hong Kong action cinema at the time, but they're still thrilling to watch, thanks to Yen, who directed the fight scenes in Kung Fu Jungle, and his fellow fight choreographers, who all won Best Action Choreography at the Hong Kong Film Awards a few weeks ago for their work in Kung Fu Jungle. The film pits both Yen, who stars as Hahou Mo, a former martial arts instructor for the police who's doing time for manslaughter, and Charlie Yeung, who plays a female Hong Kong police inspector, against a serial killer who could only exist in movies: a martial arts expert who learns to master other martial arts experts' skills and then uses their skills against them so that taking their lives will result in him being the greatest fighter in Hong Kong.

Yen may be playing the hero in Kung Fu Jungle, but the performer who gets to really shine in Kung Fu Jungle--even more so than Yen--is Wang Baoqiang, whose serial killer character Fung Yu-Sau is able to vanquish his targets despite being born with a club foot. He's the club-footed ass-kicker Damon Wayans--who was born with a club foot and turned his tough, orthopedic shoe-wearing past into both material for his stand-up act and a Kids' WB animated show about his childhood--must have always dreamed of becoming. 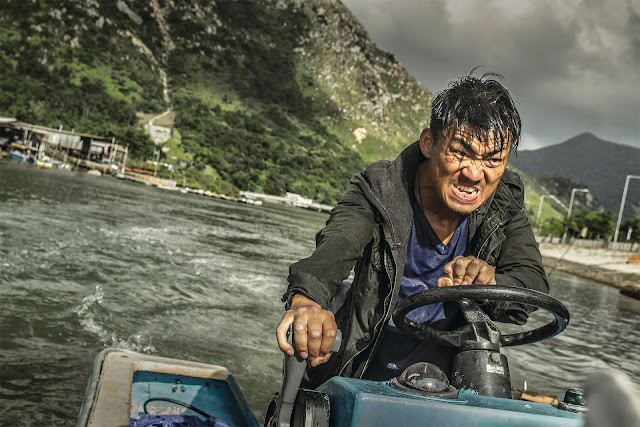 I don't know if a club-footed serial killer antagonist with kung fu skills would have saved Dexter as it degenerated after its first two seasons into an often poorly written slog and a right-wing vigilante fantasy that became far too worshipful of Dexter, but such an antagonist would have definitely made post-season 2 Dexter less of a slog to sit through. The most preposterous aspects of the titular killer and the stupidity of the cops pursuing the killer are also a lot less grating and noticeable as convenient plot holes in a fast-moving two-hour action flick than as plot holes on an eight-season, 96-episode drama where said plot holes are recycled so often that the show turns into a wheel-spinning mess (I blame network interference and showrunner musical chairs for that show's decline, or rather, treadmill fall into lumberjack-y absurdity).

As Fung Yu-Sau, Wang actually does more fighting in Kung Fu Jungle than Yen does. Yen's in his 50s now, and while he's still in prime physical shape, like during a prison brawl where Hahou takes down 17 other inmates all by himself or Hahou's climactic fight with Fung Yu-Sau in the middle of a busy highway, Kung Fu Jungle is basically Yen's acknowledgement that this will be the last time he'll make as intense and brutal an action flick as this one or Flash Point.

Actually, Yen's not completely saying farewell to action: his next few films will include Ip Man 3 with Mike Tyson (I take it this one's a remake of Rocky III, and Tyson's supposed to be playing Clubber Lang, like how Ip Man 2 was a remake of Rocky IV featuring Sammo Hung as Apollo and the late Darren Shahlavi as Drago) and Netflix's upcoming Crouching Tiger, Hidden Dragon sequel. But for this quasi-swan song, Yen passes the hyperkinetic-martial-arts-cinema torch to Wang, and--slight spoiler--in another act of stepping aside, Yen generously gives the film's final heroic action-movie moment to Yeung's cop character. 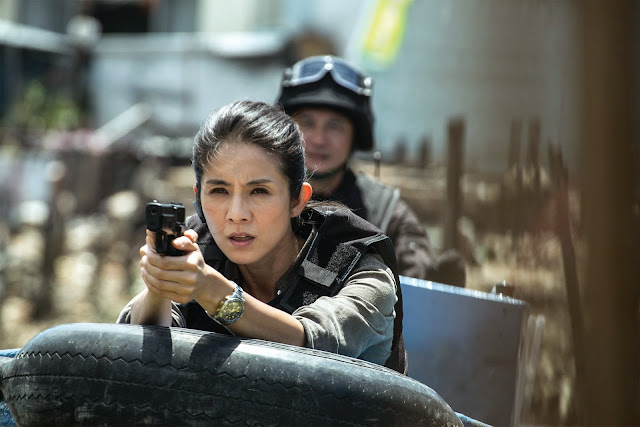 As part of its victory-lap feel, Kung Fu Jungle is populated with cameos from legendary Hong Kong figures like Golden Harvest studio founder Raymond Chow and so many of Yen's martial arts cinema colleagues. For instance, Riki-Oh: The Story of Ricky star and Ip Man series regular Fan Siu-Wong appears as one of Fung Yu-Sau's targets, a Hong Kong stuntman Fung Yu-Sau challenges on an empty movie set to a weapons duel that's nearly as entertaining as similar fight scenes on fictional movie sets in Dragon: The Bruce Lee Story and Scott Pilgrim vs. the World.

The only major change Well Go USA made to Kung Fu Jungle was retitling it Kung Fu Killer, which makes little sense because the title change causes Yen's movie to get easily confused with another movie of the same name, a poorly received 2008 American TV-movie that reunited David Carradine with his Kill Bill henchwoman Daryl Hannah. However, Well Go USA forgot to scrub away the movie's original title from the on-screen text during the lengthy dedication to martial arts cinema colleagues at the end. Whichever way you prefer to call the Yen actioner, the film is worth a look when it inevitably hits Netflix's streaming library--and hits Netflix hard like Fung Yu-Sau's orthopedic shoe to the face.

Kung Fu Killer is--surprise!--now streaming on Netflix. In between the time I wrote the above piece and now, Yen was interestingly cast in Rogue One: A Star Wars Story or whatever Lucasfilm is calling the Gareth Edwards blockbuster this week.
Posted by J. John Aquino at 11:15 AM