5. Superman: The Music (Film Score Monthly)
This staggering eight-disc set compiles the scores from all four Christopher Reeve Superman movies and contains a beautifully designed mini-book filled with exhaustive liner notes. The expanded discs of the Ken Thorne scores from Supermans II and III were probably the main reason why Superman completists dove into savings that they otherwise reserve for their mortgage payments for their Luthor-owned condos in order to pay for this pricey set ($120!). I never liked Thorne's scores (the orchestra budget in II and III was clearly slashed, so Thorne's rearrangements of John Williams' music sounded tinny and undernourished). For me, the real previously unreleased gem of the set was the disc containing Ron Jones' energetic and underrated music from Ruby-Spears' decent '80s Superman animated series. Jones' Superman cues sound like the cues he later wrote for Star Trek: The Next Generation's "Best of Both Worlds" two-parter, which TNG showrunner Rick Berman reportedly disliked because he preferred the music on his show to sound boring. 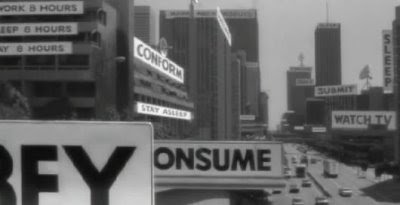 4. They Live: 20th Anniversary Edition (AHI)
Obey. Consume. This expanded release of the bluesy score from John Carpenter's sharpest and cleverest post-Thing flick is your God.

3. Blazing Saddles (La-La Land)
The only previous times any of the music from Blazing Saddles was made available were when Elektra/Asylum included three songs from Saddles on the 1978 High Anxiety soundtrack LP and when "I'm Tired" made its CD debut on Rhino's 1998 Warner Bros.: 75 Years of Film Music box set. The release of the cues from John Morris' short but fantastic score to the Mel Brooks classic--another one of my favorite movies--was long overdue. All the major cues are on there, including the Count Basie Orchestra's performance of "April in Paris," which is to black cowboy music what Jay-Z's "Roc Boys (and the Winner Is)..." is to black superhero music.

2. Shaft Anthology: His Big Score and More! (Film Score Monthly)
FSM's Shaft set marked a couple of milestones: the first-ever release of the film versions of Isaac Hayes and J.J. Johnson's score cues from the first Shaft installment (the 1971 Enterprise/Stax soundtrack album was a re-recording) and the CD debut of Gordon Parks' Shaft's Big Score soundtrack. Though the release was actually sent to the pressing plant for manufacturing three weeks before Hayes' death, it ended up being the illest way to honor his memory. 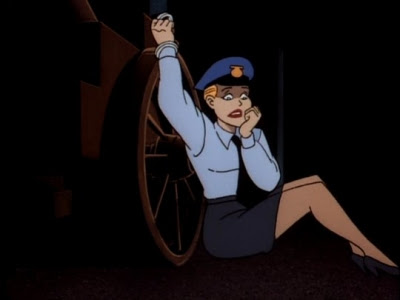 1. Batman: The Animated Series (La-La Land)
Unlike previous superhero cartoon shows, B:TAS didn't recycle the same four or five score cues or repurpose creaky old library music. Shirley Walker, one of the few female composers in the business, and her B:TAS team composed an original score for every episode. Their use of a full orchestra made other animated action shows look like that pathetic El Mariachi musician character who prefers a synthesizer over bandmates. Sadly, Walker didn't live to see the release of her lovingly crafted music from B:TAS (before her death in 2006, only her score from the Mask of the Phantasm spinoff movie was released). She would have been thrilled about La-La Land's two-disc set, which is dedicated to her and compiles scores from 10 B:TAS eps, including Harley Quinn's debut ep, "Joker's Favor" (pictured above). I've been a fan of B:TAS since its 1992 premiere, so I've waited 16 years for a release like this. I never said thank you, La-La Land. And then La-La Land will probably say the following in that Batrasp that sounds like a cross between a whitened-up Keak da Sneak and a Muppet: "And you'll never have to."
Posted by J. John Aquino at 11:45 PM