New AFOS episode: "The Inmates Are Taking Over the Asylum" 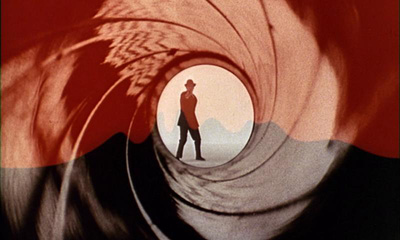 This week, the United Artists 90th Anniversary Film Festival hits both the Castro Theatre in San Francisco and the Nuart Theatre in L.A., so the next episode of A Fistful of Soundtracks will feature my favorite selections from scores to films that were distributed by UA. "The studio without a studio" thrived during an era when rival studios couldn't keep up with their audiences--and the social changes of the period--and kept releasing dull and staid product. UA's smart and daring films during the Arthur Krim/Robert Benjamin regime and Krim and Benjamin's championing of filmmakers--they let them do their thing--are always worth celebrating. Oh yeah, and most of these flicks had terrific original music too.

"The Inmates Are Taking Over the Asylum" (WEB96) will begin streaming tomorrow (Thursday, May 1 at midnight, 4am, 10am, 3pm, 7pm and 11pm). I've included themes from some of UA's most popular releases (The Great Escape, 007), but I also wanted to fill most of the episode with music from cult classics (The Taking of Pelham One Two Three) or soundtrack albums that are out of print (The Long Goodbye).

Pelham, a thrilling caper movie with Walter Matthau at his sardonic best as a cynical transit cop who's the perfect disheveled hero for an even more disheveled New York, and The Long Goodbye, Robert Altman's clever reimagining of Philip Marlowe, are two '70s UA flicks I instantly fell in love with. I first caught Pelham on TCM a few years ago and discovered The Long Goodbye on DVD last year. 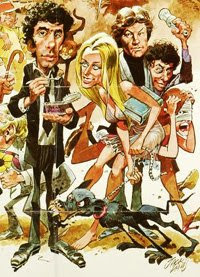 Pelham composer David Shire and Long Goodbye composer John Williams achieved so much with what little they had. Shire wrote each Pelham score cue under the 12-tone method of composition to evoke "organized chaos"--in other words, the funkiest film score not written by a black dude ever.

Williams' Long Goodbye score--one of the shortest he ever wrote--is equally off-kilter. It consists of nothing but different variations on the same melody. Wherever Elliott Gould's Marlowe goes, the Long Goodbye theme follows, whether it's as bar piano music or as a doorbell ring. I don't know exactly why Altman asked Williams to write the score like that. (Jaime J. Weinman says Williams' score is a spoof of the incessant pimping of movie title songs in the '60s and '70s--an issue that caused the previously stable working relationship between Alfred Hitchcock and the less pop-minded Bernard Herrmann to fall apart during the making of Torn Curtain. The Something Old, Nothing New blogger theorizes that Williams' score could also be an homage to Roy Webb's similarly structured score during Out of the Past.) But whatever the intentions were, the Long Goodbye score nicely reflects Marlowe's sense of displacement--he's a '40s guy in a '70s world.


WEB96 also covers UA's recent art-house phase, before Tom Cruise took over the company. One of my favorite films to emerge from UA's art-house years is Roman Coppola's CQ, a fun little film about filmmaking in the mold of Day for Night and Ed Wood. It contains a great loungey score by the French trio Mellow, which evoked the likes of Piero Umiliani, Piero Piccioni and Ennio Morricone during the cues for the movie-within-the-movie Codename: Dragonfly, a mash-up of Barbarella and Danger: Diabolik (the source of Angela Lindvall's sexy rolling-around-in-cash scene).


A Half-Assed History of UA's Logos

I remember the first appearance of the '90s UA logo when I saw GoldenEye in 1995. The logo actually received cheers from GoldenEye's opening weekend audience--they were just so happy to see Bond again after a six-year absence.


The sadly discontinued jingle was composed by Jeff Eden Fair and Starr Parodi.

The husband-and-wife duo recalled to SoundtrackNet that "We did that with a 90-piece orchestra at the Sony Scoring Stage... Our instructions were, 'We want something that represents the past, present, and future of United Artists.' So we started with classic orchestral instrumentation, moving to futuristic sounds and concepts at the end."


Next AFOS episode: I'm taking a break after five consecutive eps. I don't know when I'll stream the next new ep.
Posted by J. John Aquino at 5:36 PM