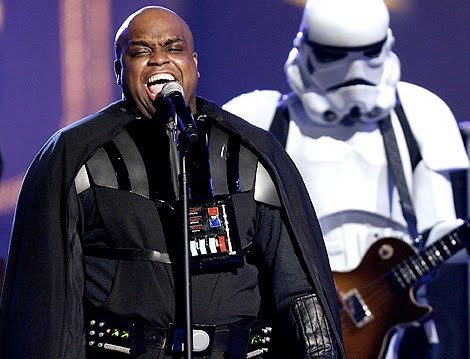 Cee-Lo recently dropped his new single "Fuck You" on the Internet, and the delightfully profane break-up anthem, which originated from a song idea that Bruno Mars and Philip Lawrence of "Nothin' on You" fame pitched to Cee-Lo, has become a viral sensation. Before "Fuck You" (which has spawned a lame radio edit called "Forget You"), the Gnarls Barkley singer and former Goodie Mob MC's most popular track was his 2006 Gnarls hit "Crazy." Even though I got sick of hearing "Crazy" all over the place back in '06, I loved how Danger Mouse, the beatmaker half of Gnarls, sampled an obscure spaghetti western score during "Crazy." Not many people knew that the catchy bass line and strings were copped from Gianfranco Reverberi's "Nel Cimitero di Tucson," a score cue from 1968's Preparati la bara!, a.k.a. Viva Django. Here are five other killer samples that many listeners--including myself in some instances--didn't know came from film score music. 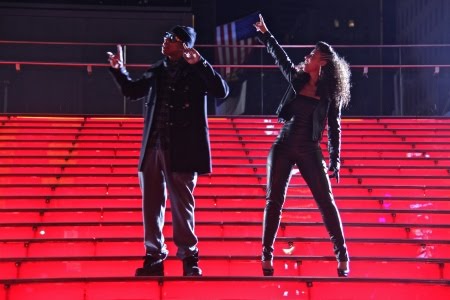 1. Jay-Z and Alicia Keys' "Empire State of Mind" drum break, 2009 (from Isaac Hayes' "Breakthrough" from Truck Turner, 1974)
The opening drum solo in "Breakthrough" is the Betty White of drum breaks: old and ubiquitous but reliable and entertaining every time. H.O.V.A.'s biggest hit of his career is the latest of many joints to sample "Breakthrough," an instrumental you can now check out during the daily "Assorted Fistful" block on A Fistful of Soundtracks.

2. Sneaker Pimps' "6 Underground" harp melody, 1996 (from John Barry's "Golden Girl" from Goldfinger, 1964) [WhoSampled comparison page]
If you were in college in the late '90s, you probably made out to "6 Underground." Did you know you were actually making out to the music from the dead-naked-chick-covered-in-gold-paint scene from Goldfinger?

3. Cibo Matto's "Sugar Water" wordless melody, 1996 (from Ennio Morricone's "Sospesi Nel Cielo" from Malamondo, 1964) [WhoSampled comparison page]
One of my favorite videos from the '90s is the Michel Gondry-directed video for "Sugar Water" (a.k.a. the song that soundtracked Buffy's sexy dance with Xander during her "Joan Collins 'tude" phase). My recent discovery that the duo sampled Morricone's Malamondo score made me love "Sugar Water" even more.

4. Ghostface Killah's "Alex (Stolen Script)" bass line and strings, 2006 (from Henry Mancini's Thief Who Came to Dinner theme, 1973) [WhoSampled comparison page]
MF Doom's sense of humor really comes through in his choice of the theme from the Ryan O'Neal/Jacqueline Bisset caper movie The Thief Who Came to Dinner (when's Warner Archives going to release that flick?) for Ghostface's How to Make It in America-esque tale of a Hollywood thief who comes to dinner--or to be more exact, a P.F. Chang's pitch meeting with the song's title hustler, who's pitching to him the script for Jamie Foxx's Ray biopic--and proceeds to steal Alex's copy of the Ray script. As music critic Jeff Weiss once wrote about this Ghostface chune, "Aspiring MC's should study this like the Rosetta Stone."