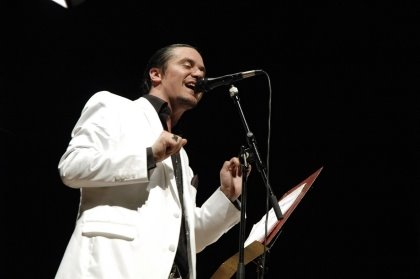 Because I'm an Ennio Morricone fan and I like Mario Bava's Morricone-scored 1968 comic book flick Danger: Diabolik, I got a kick out of Mike Patton's awesome cover of Morricone's "Deep Down" theme from Diabolik. The track, which was originally sung by a female vocalist named Christy, will be part of Patton's forthcoming Mondo Cane album of covers of '50s and '60s Italian pop songs. Also next up from the frontman of Fantômas and previously, Faith No More: the Crank: High Voltage score.

Tim Lucas, who did the Diabolik DVD's audio commentary and wrote Mario Bava: All the Colors of the Dark, said on his blog that "seeing ['Deep Down'] performed live by such an expressive vocalist, a full choir and orchestra brought tears to my eyes."

The Mike Patton's Mondo Cane version of "Deep Down" is my favorite cover by Patton since his cover of the Nestlé "Sweet Dreams You Can't Resist" jingle from his Faith No More days.

Patton and I happen to share both the same birthdate and a love for film and TV scores, especially Morricone's. I didn't come up with the name A Fistful of Soundtracks--another DJ at my college radio station did--but I chose that name for my college radio show because I thought it would be a cool way to pay tribute to Morricone and his work on the Fistful trilogy and A Fistful of Dynamite, a.k.a. Duck, You Sucker.

This post is also an excuse to show Marisa Mell in her Diabolik hot pants. 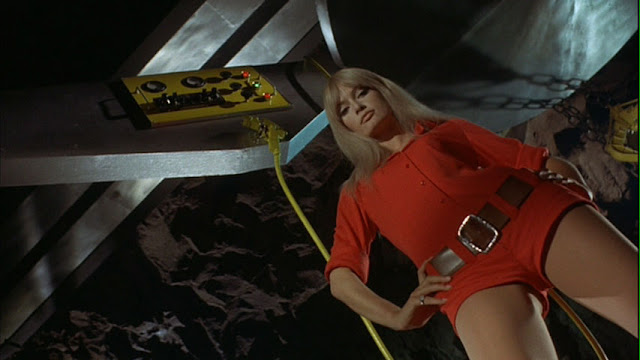