Penny not from heaven: The welcome return of Penny Dreadful 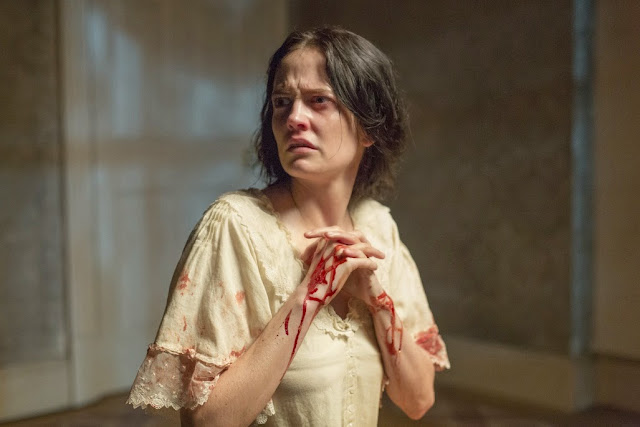 Penny dreadfuls, a.k.a. penny bloods, were lurid supernatural or crime stories that were published in weekly installments in 19th-century England. In a Showtime featurette about the first season of Penny Dreadful, the supernatural drama that takes its title from that Victorian-era form of fiction, creator/showrunner John Logan noted that penny dreadfuls, which cost only a penny per installment, marked the first time the mass media brought horror into people's living rooms. "So I thought, 'That's exactly what I'm doing with television.' What I'm writing is a penny dreadful, and it just stuck," said Logan in the featurette.

But the penny dreadful Logan is writing costs way more than a penny to enjoy and consisted of only eight weekly installments in its first season. That season was imperfect, but it told a riveting Victorian story about what Abel Korzeniowski, the talented composer whose score music from Penny Dreadful is currently in rotation on AFOS, once described as "trying to find oneself in the world." The show's horror side wasn't even the most interesting part of the season; if Logan got rid of all the supernatural moments from the first-season episode "Possession," it could easily have been an episode from a modern-day non-horror drama about family members agonizing over helping a junkie relative through withdrawal. The character interactions in episodes like "Possession" were mainly what got us hooked on Penny Dreadful. 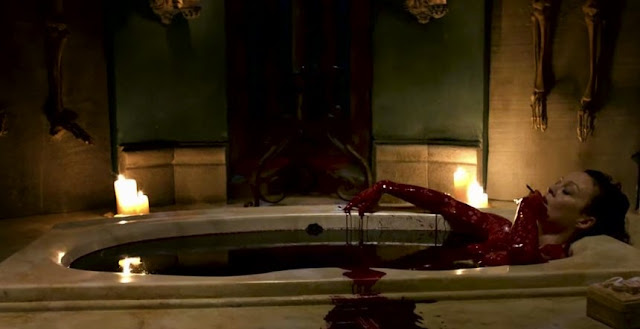 This week, Penny Dreadful returns to Showtime for its second season, and "Fresh Hell," the season premiere Showtime unveiled online two weeks ago in a censored, "yeah, throat-slashings are okay to show, but boobs and bush are terrifying, mister!" version before it premiered on Showtime last night in unedited form, indicates that the new season will be as riveting as the first. It might even turn out to be better than season 1, which lacked an antagonist who was as compelling a character as Dr. Victor Frankenstein (Harry Treadaway), Sir Malcolm Murray (Timothy Dalton) or Vanessa Ives (Eva Green), the demonically possessed psychic who's still rattled by the question a priest presented her with at the end of last season and she's been unable to answer: "Do you really want to be normal?" Evelyn Poole (Helen McCrory), a mysterious spiritualist who was introduced in last season's "Séance" episode, takes over as the new season's primary antagonist, and if things go right, Evelyn and the Nightcomers, the coven of shape-shifting witches she leads, could turn out to be the kind of charismatic and formidable menace this show's always needed. Last season's rather run-of-the-mill and too-easily-defeated vampiric adversaries didn't quite cut it. "Fresh Hell" establishes that the ruthless Evelyn and her followers have ominous and currently vague plans for Vanessa's powers.

Penny Dreadful is basically an Avengers for the Victorian horror lit crowd--but if Black Widow were the leader everyone else would take a bullet for and she were a demonically possessed psychic instead of a guilt-stricken spy. They have a Hulk, and he's a gunfighter and a werewolf instead of a scientist who often transforms into a green-skinned beast. The gathering of Victorian-era characters created by different authors also brings to mind Alan Moore's League of Extraordinary Gentlemen comics, but while Mina Murray led the League of Extraordinary Gentlemen, Penny Dreadful relegated Mina to being a largely absent figure whose disappearance brought together her father and the other members of Penny Dreadful's Victorian Scooby gang.

Kept out of the inner circle of the Victorian Scooby gang are Dwight the Troubled Teen Caliban (Rory Kinnear), Dr. Frankenstein's unwanted son and a lab creation he's kept secret from his colleagues; Brona Croft (Billie Piper), the dying prostitute Frankenstein murdered late last season and then successfully re-animates in "Fresh Hell" to give the angry Caliban the bride he demanded from Dad; and promiscuous socialite Dorian Gray (Reeve Carney). The show has yet to come up with a compelling reason for why we should care about Dorian. He doesn't even appear in "Fresh Hell." If the new season can come up with a better way to integrate Dorian into the team's adventures than "obligatory premium-cable drama character who bangs the entire younger half of the cast," then that finally takes care of an even bigger problem than "Do you really want to be normal?"

Selections from Penny Dreadful's first-season score album can currently be heard during "AFOS Prime" on AFOS.