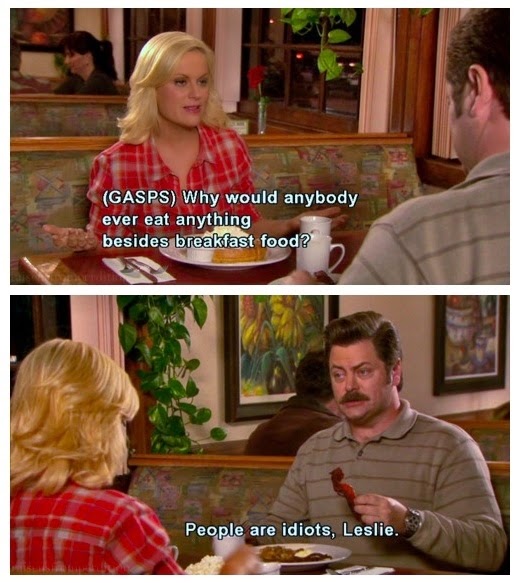 The last remaining show on NBC that was from the great underwatched Thursday night sitcom lineup that lasted on that network from 2009 to 2013 (the other shows on that lineup: The Office, 30 Rock and, of course, Community, now a Yahoo Screen show), Parks and Recreation takes a bittersweet bow tonight. It's a bow made even more bittersweet by the death of Harris Wittels, one of Parks and Rec's key writers, a week before the airing of the series finale. He was one of many staffers who appeared on the show as examples of the countless crazies who make up Pawnee, Indiana, the show's setting: in Wittels' case, he played Harris the frequently stoned animal control employee. Some feminists hated Wittels for outspoken things he said about free speech that they found to be offensive, while both men and women in the comedy community--particularly anyone from the Parks and Rec fam--adored him and his joke writing, whether on Twitter (a great example of a Wittels tweet: "I don't know if there's a god or not, but I will say this: Cap'n Crunch Oops All Berries is bomb as fuck") or for Parks and Rec.

A special tribute to Wittels from his Parks and Rec colleagues has been tacked on to tonight's hour-long Parks and Rec series finale. The skewed sensibility of writers like Wittels, Megan Amram, Alan Yang, Aisha Muharrar, Joe Mande, Chelsea Peretti and, of course, Parks and Rec co-creator/showrunner Michael Schur helped make Schur's show about small-town government stand out as a small-town comedy. There are small-town comedies like The Andy Griffith Show that older generations of TV viewers tend to love for their likability and warmth, and then there are small-town comedies like the later seasons of Newhart and Parks and Rec--well, actually seasons 2 to 7 of Parks and Rec, to be exact--that are on another level of humor and aren't just merely likable and warm. Post-season 2 Newhart and Parks and Rec are also crazy as fuck. And underneath Parks and Rec's warmth lurks an often biting view of politics outside the world of Pawnee, reflected in its portrayal of the crazy politics within Pawnee.

I always liked how Parks and Rec is basically The West Wing for comedy nerds whose political ideologies echo The West Wing's but who have grown sort of jaded about politics since that older show's demise and have found several of The West Wing's frequently parodied speeches to be too hokey and Hollywood-slick to take seriously anymore (West Wing alum Rob Lowe was even part of the Parks and Rec cast for most of its run, and when Bradley Whitford showed up as a Parks and Rec guest star, that was another enjoyable little collision between the West Wing and Parks and Rec casts). Parks and Rec's idealism was tinged with a satirist's sharp-eyed view of the absurdities of things like government infighting, corporate doublespeak (like whenever Amy Poehler's Leslie Knope had to deal with the local candy manufacturer Sweetums) and this season, Silicon Valley office culture. Speaking of which, both the presence of the fictional Bay Area startup Gryzzl in Pawnee and a three-year time jump--which should have sunk the show but didn't--have resulted in an extremely enjoyable final season full of futuristic sight gags and pause button-worthy Easter eggs, an additional treat on top of Poehler finally getting her longtime wish for Bill Murray to play Pawnee's long-unseen mayor, all the show's longtime threads getting paid off with well-earned emotional moments (Donna tricks everyone into finally calling Jerry by his original name: Garry!) and all the hilarious side characters, from Jean-Ralphio to those accountant dudes who are always seen fangirling over the presence of their former colleague Ben Wyatt (Adam Scott), taking a final bow. My favorite pause button-worthy season 7 Easter egg would have to be this, an exhibit at the William Henry Harrison Museum that displays all the cool things about the alternate reality where President Harrison didn't die 30 days into his presidency:

These other season 7 Easter eggs were pretty funny too: 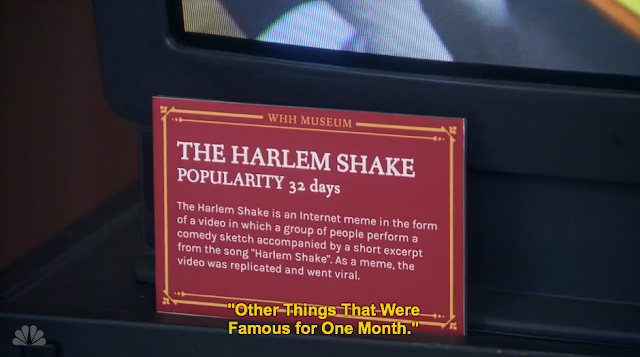 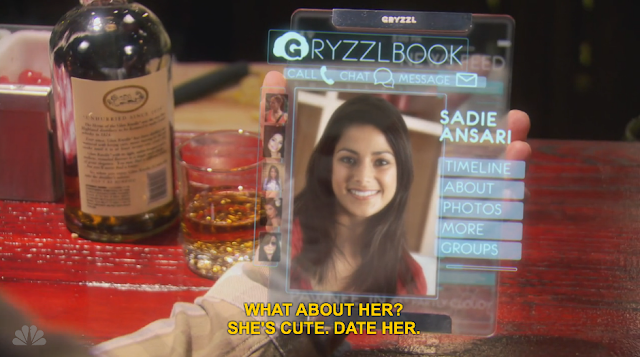 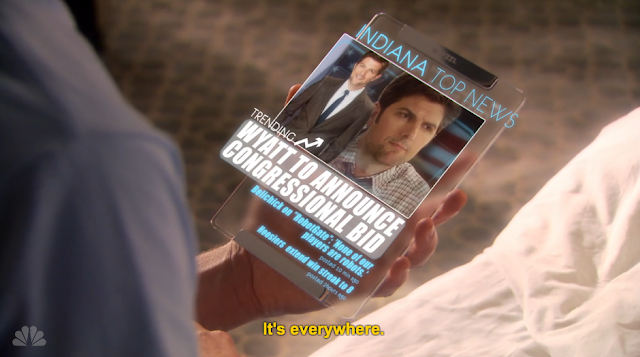 By the way, why have I left out season 1 of Parks and Rec? Like so many other sitcoms, the show hadn't quite found its voice yet in that abbreviated first season. Parks and Rec's second season led to one of the greatest course corrections of any sitcom since the transformation of The Odd Couple from a strangely airless retread of the 1968 Walter Matthau/Jack Lemmon movie version in the single-camera format to a livelier, funnier and sharper buddy comedy energized by its switch to the multi-cam format.

That course correction mostly had to do with tweaking the heroine at the heart of Parks and Rec, Leslie, via the writers' wise move of changing her from a drab Michael Scott clone to a hyper-competent Tracy Flick type, but without a class-conscious chip on her shoulder and with a ton of friends who will take a bullet for her, whether it's that "beautiful tropical fish" Ann Perkins (Rashida Jones), Ben, Leslie's soulmate and now husband, or breakfast food-loving libertarian Ron Swanson (Nick Offerman), Leslie's mentor (and occasional adversary, ideology-wise). Rewriting Leslie into the straight-woman figure we know and love today shouldn't have worked, but it totally did. And that--along with the fully realized, Springfield-esque universe that surrounds Leslie--is why we have six great seasons of Parks and Rec (although some will argue that seasons 5 and 6 were when the show stumbled creatively a bit), all coming to an end tonight. 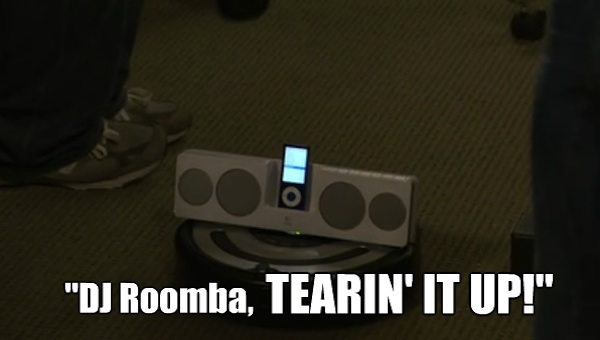 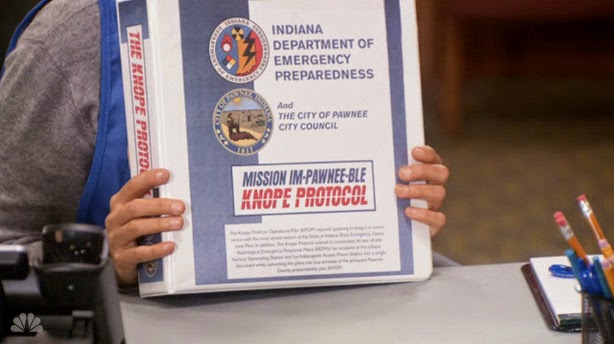 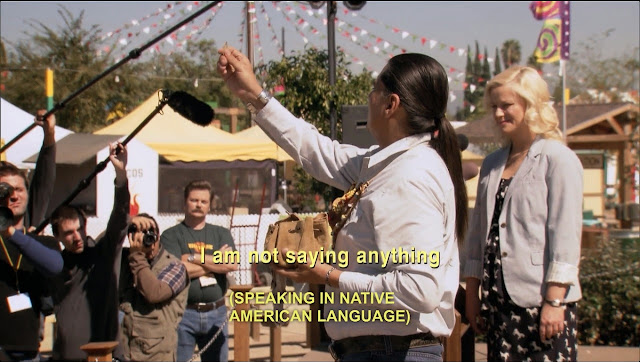 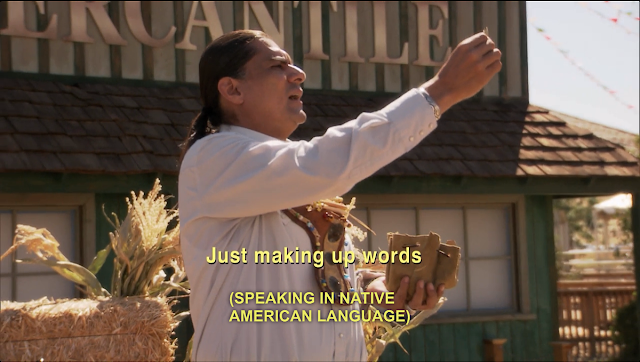 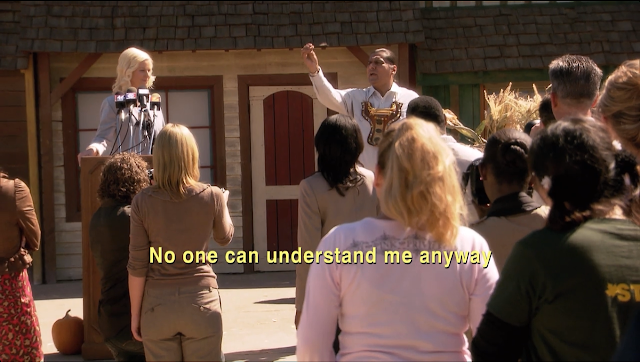 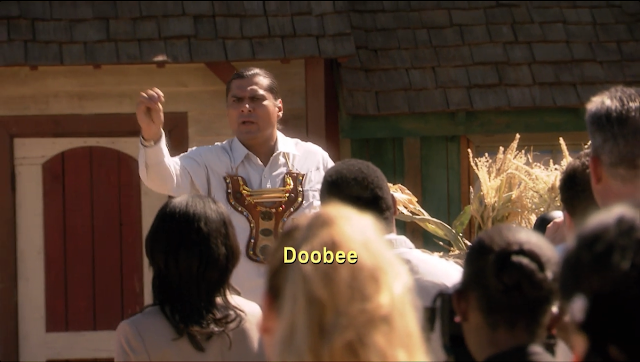 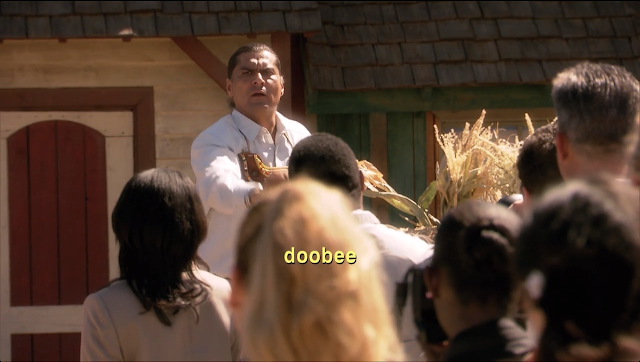 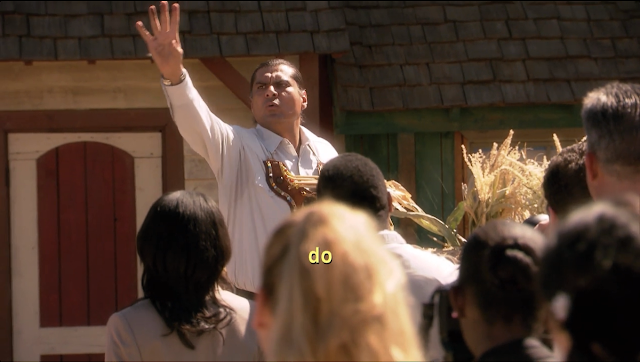 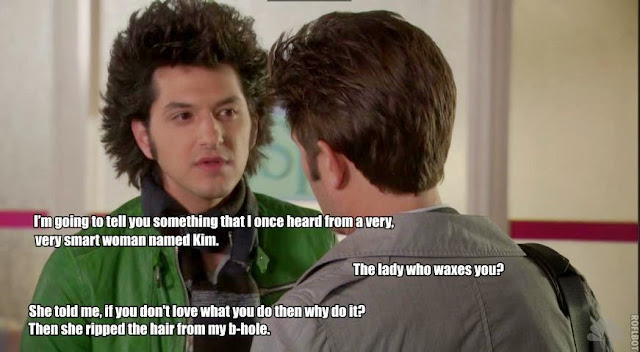 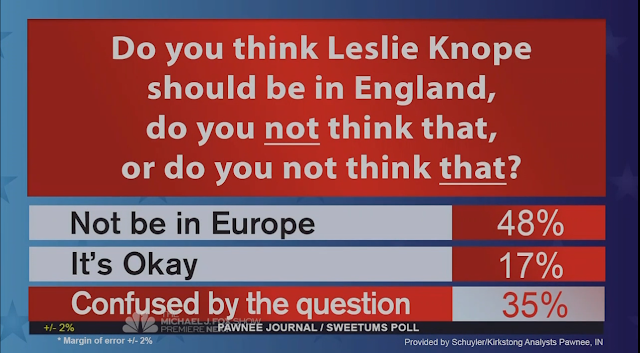 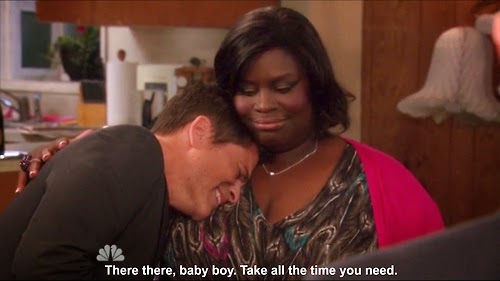 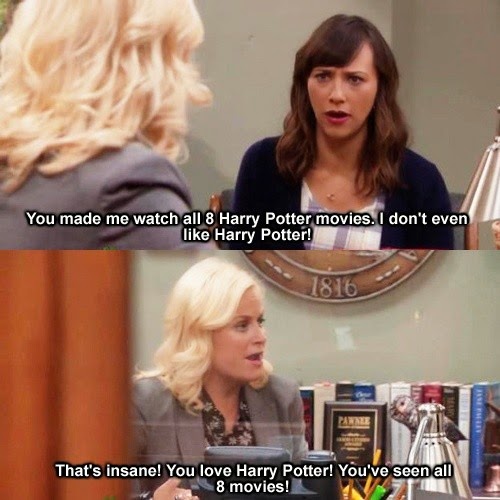 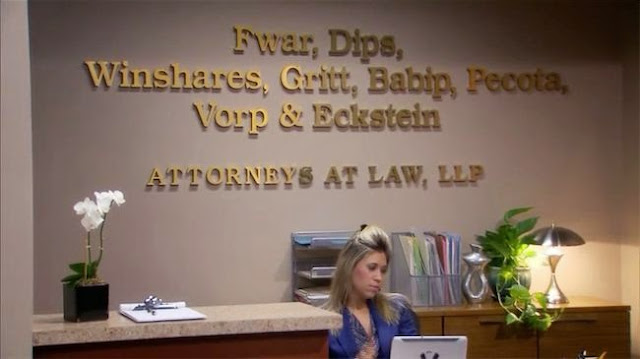 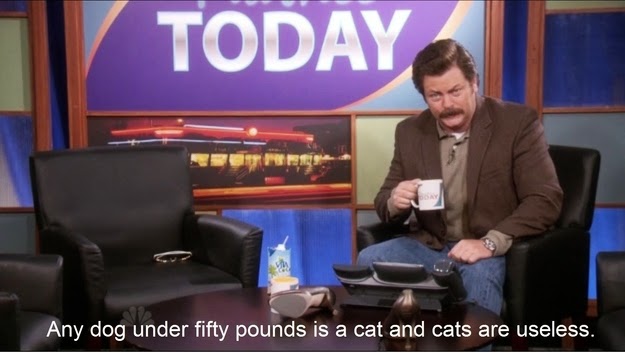 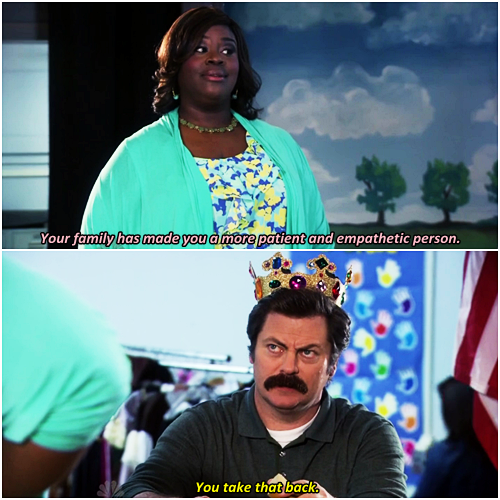 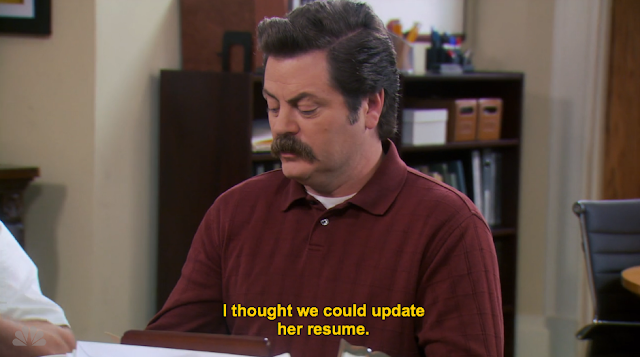 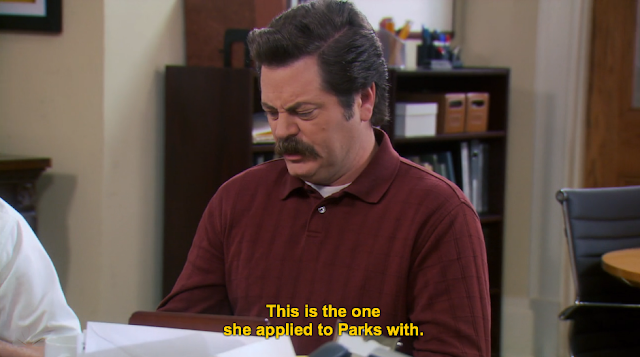 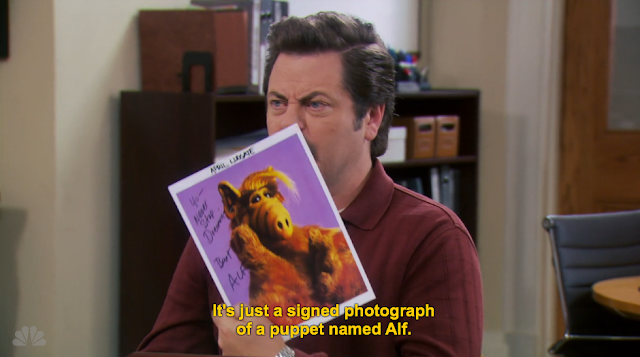