Someone at Sony Korea is definitely getting both a J. Jonah Jameson-style tongue-lashing and their walking papers for this.

On Saturday night, podcaster and Portland Mercury blogger Bobby Roberts and a bunch of others pointed out on their Twitter feeds that Sony Korea's YouTube account accidentally posted The Amazing Spider-Man 2 in its entirety for free. Well, not all of the movie. The full upload, which Sony Korea immediately removed from YouTube once they realized the screw-up, was missing the mid-credits ad for X-Men: Days of Future Past. Amazing Spider-Man 2 director Marc Webb had to slip the Days of Future Past ad into his film's end credits in order to fulfill an obligation to his contract with Sony rival and Days of Future Past distributor 20th Century Fox.


The Amazing Spider-Man 2 was an overstuffed and disjointed mess that was difficult to sit through for much of its bloated running time of two hours and 22 minutes, so I was in no mood to rewatch the entire movie right below Roberts' tweet, which he deleted when Sony Korea removed their accidental upload. And nope, not even skimming through the upload of Amazing 2 to revisit only my favorite scenes (and a few of my least favorite) improved the movie, which has become Sony's lowest-grossing Spider-Man movie in America (Sony studio execs' dissatisfaction with the sequel's U.S. box-office performance has caused them to put the kibosh on the studio's plans to do both a threequel and supervillain spinoff movies centering on the Sinister Six and Venom). This second (and this time, only partial) viewing of this extremely corporate product (as ScreenCrush's Britt Hayes tweeted, the movie "looks like it was made to sell pinball machines") failed to erase its flaws (SPOILERS), including...

Much of the original appeal of the character stemmed from Peter becoming a superhero by accident. When you make Peter a predestined hero like Harry Potter or Superman, you make him less of a relatable everyman. And who cares about all the boring new material about Peter's attempt to uncover the truth about both his dead but could-be-alive scientist/secret agent dad (Campbell Scott), who experimented on Peter and planted the seed for Peter receiving his powers, and his extremely dead secret agent mom (Embeth Davidtz)? (Why do I feel like Amazing 2 co-screenwriter Roberto Orci's bizarre adoration of Dubya the pampered Bush son was responsible for this shit, even though it was carried over from The Amazing Spider-Man, which Orci didn't co-write?)

The overabundance of supervillains

Amazing 2 actually isn't a bad movie--that is if some nerd with a lot of time on his hands assembles a "Phantom Edit" of the movie and digitally replaces Jamie Foxx's obsessed Spidey fan character with Foxx's equally beaten-down but much less cartoonish character from Collateral. An even better "Phantom Edit" would be the removal of all material about Electro, Oscorp, the Green Goblin, that Michael Massee character who dresses like all those douches who always wore fedoras in high school and that Marton Csokas mad scientist character who's like a reject from Joel Schumacher's terrible Batman movies. Superhero movie writers and directors still haven't learned anything from the mistakes of those Schumacher Batman movies and other equally overcrowded and excessive superhero movies like Iron Man 2, X-Men Origins: Wolverine and of course, Spider-Man 3.

Part of why Sam Raimi's first two Spidey movies are superior to Webb's is because of their tautness: they pitted Spidey against only one villain in each movie. Like I've said before, Spidey's rogues gallery really pales in comparison to Batman's. I'll take psychotic comedians/showmen (Joker and Harley) and psychologically complex criminals (the Batman: The Animated Series version of Two-Face) over boring, one-dimensional monsters like the Lizard and Electro any day. So why did Sony have to subject us to five of those boring antagonists like they did when they awkwardly shoehorned an equal amount of antagonists into Spider-Man 3? Again, they learned nothing.

The inability to be moved by Gwen Stacy's death

Webb, the director of (500) Days of Summer and countless music videos (who has been, as Devin Faraci wrote, "toiling behind the scenes trying to make these movies good, and he's getting blocked at every turn by Avi Arad and Sony suits"), excels at two things in these Amazing Spider-Man movies. One of them is any moment where Spidey, whom I'm glad to see has regained his sense of humor after Tobey Maguire's less quippy portrayal, interacts with other New Yorkers, particularly the bullied little kid whose science fair project Spidey takes a shine to. (Spidey's scenes with kids he rescues are where Andrew Garfield--who's oddly derided for not being dorky enough by Spidey comics readers who have somehow developed amnesia about Brian Michael Bendis and Mark Bagley's depiction of a modernized, '60s sweater vest-less Peter in their acclaimed Ultimate Spider-Man comics--is at his best as Spidey. The fact that Garfield would like to see Miles Morales--who famously caused the repugnant Lou Dobbs to soil his Depends because of his biracial heritage and is the second Spidey of color in the comics--suiting up as Spidey in live-action form makes me like Garfield even more.) 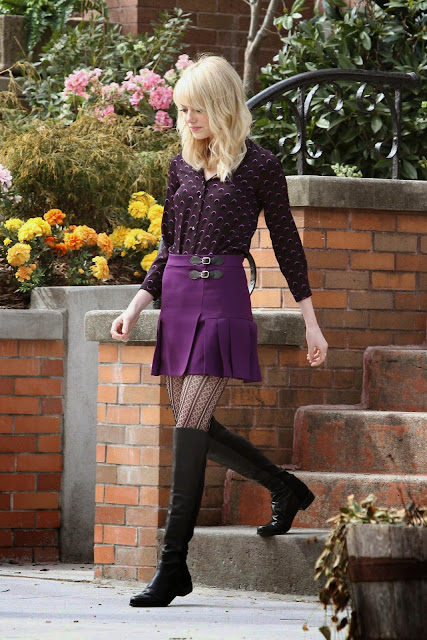 The other thing Webb excels at is the romance between Peter and Gwen, a more entertaining on-screen relationship than the one between Peter and Mary Jane in the Raimi movies. Amazing 2's unsatisfying story isn't the only reason why its B.O. grosses are lower than those of other Spidey movies. Killing off Emma Stone, the most likable and interesting cast member in Webb's reboot, has a lot to do with its underwhelming B.O. as well. The moment when Gwen's back and head hit the floor made me wince, mostly due to its brutal sound FX, yet this classic angsty moment from the comics that was supposed to raise the reboot franchise's dramatic stakes and shock the audience ended up hampering post-opening weekend word-of-mouth and was oddly unmoving. As Kyle Buchanan noted in Vulture, the film's decision to rush through Peter's depression after failing to save Gwen robs her death of its dramatic impact, whereas Stoick's death and the impact it has on everyone else--not just his son Hiccup and his wife Valka--are better handled in How to Train Your Dragon 2 and therefore, far more moving.

The most Spider-Man 3-ish--and Schumacher-ish--part of Amazing 2 has to be the source cue by Hans Zimmer and "the Magnificent Six" (a collective that included Pharrell Williams and Johnny Marr) for when Electro plays "Itsy Bitsy Spider" on giant Tesla coils while battling Spidey. It results in the Garfield one-liner that's most reminiscent of the terribly written comedic bits from Disney XD's Ultimate Spider-Man animated series ("I hate this song!"). The other cheesy element of the Zimmer/Magnificent Six score is...

The nu metal chanting that's supposed to represent Electro's inner dialogue ("He lied to me/He shot at me/He hates on me/He's using me/Fragility/Electricity/He's dead to me") brings back memories of Zimmer's horribly dated, Limp Bizkit-inspired nu metal score to 2000's Mission: Impossible II. (And then that M:I-2 score brings back memories of Will Sasso's brutal impression of Fred Durst on MADtv.)

The Zimmer/Magnificent Six score is a mixed bag, but it also contains the best thing to come out of Amazing 2: "It's On Again," the surprisingly good original theme by Zimmer, the Magnificent Six, Alicia Keys and Kendrick Lamar. Kendrick goes hard in his verse. It's one of many tremendous guest verses from Kendrick.

"It's On Again" marks the first time that an end credits tune in a Spidey movie doesn't suck (and man, has this franchise suffered from such atrocious-sounding pieces of music). The Zimmer/Pharrell/Alicia/Kendrick tune deserves to conclude a better movie, like the one with Miles--and not Peter--in the Spidey suit that's currently playing in my head or the one with an Asian hero in the suit that's also currently playing in my head. 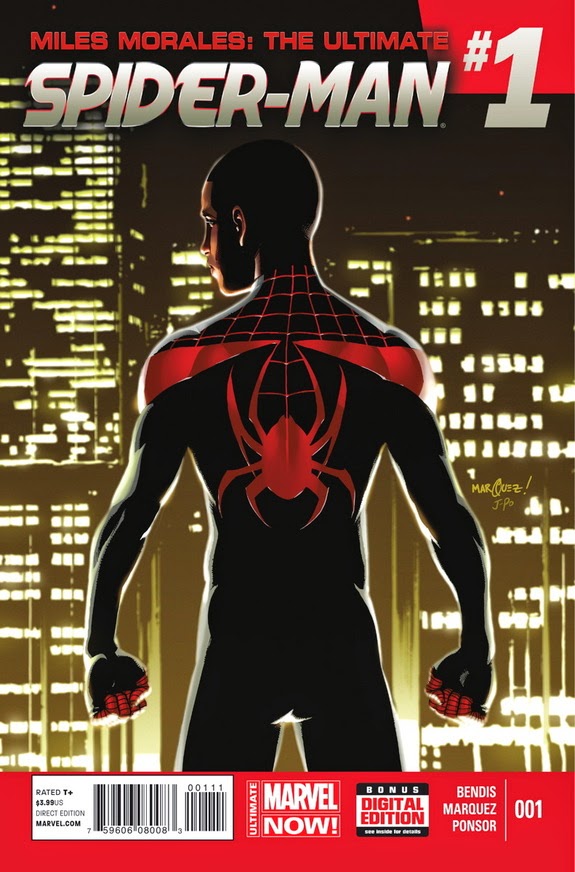