Why don't any of the women in Margaret slap around Anna Paquin's character, and what the hell is an ugly Windows 98 typeface doing on a 1972 movie trailer?


Because so many film critics have been in awe of it as if it's that secret Wu-Tang album with the guest feature by Cher, I recently borrowed from a library in San Francisco the three-hour extended cut of playwright/filmmaker Kenneth Lonergan's Margaret. It was filmed back in 2005--which is so long ago that John Gallagher Jr. (from Short Term 12 and HBO's The Newsroom) looks like an eight-year-old boy in the film--but it wasn't released until 2011 in a slightly shorter cut due to legal squabbling. As former RogerEbert.com editor Jim Emerson astutely noted in 2012, "Sure, [Margaret's] focus is entirely on a certain demographic slice of human beings--mostly middle- to upper-class, educated, New York-dwelling, Judeo-Christian-atheist white people--but these people are alive and ragged and messy in ways few movie characters are allowed to be."

The best performance in Margaret comes from neither the frequently shouty Anna Paquin nor her co-star J. Smith-Cameron, Lonergan's wife. It comes from Jeannie Berlin, who nicely underplays her role as the brash best friend of a pedestrian (Allison Janney) who was killed in a tragic Manhattan bus accident caused by the bus driver (Mark Ruffalo), because he was distracted by a high-schooler (Paquin) who was trying to ask him for directions while he was driving. 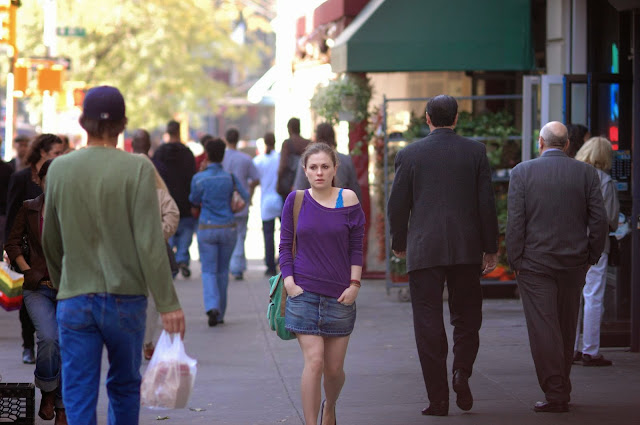 Aside from suffering from sore buttocks while watching it, most of the viewers who don't like Margaret can't stand Paquin's character Lisa because she's one of the most unlikable teenage lead characters in recent memory. But that's precisely what Paquin and Lonergan were shooting for: to make it difficult for viewers to root for or side with Lisa as she tries to process her guilt and pain over this pedestrian who died in her arms by launching a crusade that she manipulates to shift complete blame from her to the not-very-bright bus driver who ran over the pedestrian. (Plus anyone who remembers being a teen should be well aware that teens tend to react histrionically to anything, and Lonergan and the shouty Paquin capture this to a tee.)

The film isn't just about the PTSD of many post-9/11 New Yorkers. It's also about the mindset of a certain kind of teen or college student who claims to be taking some sort of stand like fighting against the oppression of people of color, but she's really making everything all about herself. And throughout Margaret, all I could think was "So this is what Suey Park must be like when she's not on Twitter."

Suey Park and her acolytes' #CancelColbert campaign against a fake racist was the dumbest-looking campaign against a fictional character since Dan Quayle's outrage over Murphy Brown. The ways that Park handled intelligent and rational criticisms of her anti-Colbert Report hashtag, as well as her decision to ally herself with Uncle Ruckus, a.k.a. Michelle Malkin, during #CancelColbert, tarnished all the admirable previous work this hashtag activist had done in addressing issues that are far more deserving of attention, like the treatment of Asian American women and sites like the Huffington Post that exploit writers by not paying them. (#CancelColbert is also yet another hashtag that's tarnished Twitter and helped kill the fun out of that site, proving once again that nuance is the enemy of Twitter, and Twitter is the enemy of nuance, to borrow the words of Hari Kondabolu.)

Both the fact that #CancelColbert took attention away from the issue that The Colbert Report satirized on its March 26 show (the exploitation of Native Americans) and Park's immature and bizarre responses to any form of rational criticism showed a lot about Park's youth and inexperience. It's much like how the Paquin character's youth and lack of self-awareness of her privileged life (her divorced parents are a wealthy TV ad director who lives far away in California and a self-absorbed New York stage actress, portrayed respectively by Mr. and Mrs. Lonergan) play a huge part in how poorly she handles her crusade.

As part of this crusade, Lisa gets in touch with the deceased's best friend and talks her into pursuing a civil suit against the bus driver's employers to seek justice and get the driver fired. One reason why Berlin's performance as Emily is such a standout is because Emily, who gradually sees the manipulative and self-serving Lisa for what she really is, gets to give the extremely slappable Lisa the kind of verbal smackdown that most of the other female characters in the film are too timid to give her.

Maybe it's because I'm still amazed by the bone-dislocating prison yard fight scene in The Raid 2 and I wish that scene showed up in every movie, no matter what genre (think of all the unwatchable tearjerkers that could be improved by inserting that shot of Iko Uwais breaking the inmate's leg with his bare hands), but Margaret could have used at least one brutal slapping scene. Emily's terrific smackdown of Lisa to her tear-stained face ("This isn't an opera! And we are not all supporting characters to the drama of your amazing life!") is as close to a "Sidney Poitier slapping the white off the racist landowner during In the Heat of the Night"-style slap as the film gets. The middle-aged Berlin character's calm and snarky demeanor in the face of Lisa's adolescent histrionics is proof that if you want to win an ideological argument--or a freestyle rap battle--you should always be the calmer one.

Margaret has made me want to see what other acting work Berlin has done. The daughter of legendary comedy writer Elaine May, Berlin hadn't acted on film in 15 years before Lonergan cast her in Margaret. I IMDb'd Berlin, and it turns out that her most notable role was an Oscar-nominated turn in a film her mother directed, The Heartbreak Kid--the original 1972 Charles Grodin/Cybill Shepherd version that Neil Simon adapted from a Bruce Jay Friedman short story, not the Farrelly Brothers remake with Ben Stiller in the Grodin role, Michelle Monaghan in the Shepherd role and Malin Akerman (R.I.P., Trophy Wife) in the Berlin role. 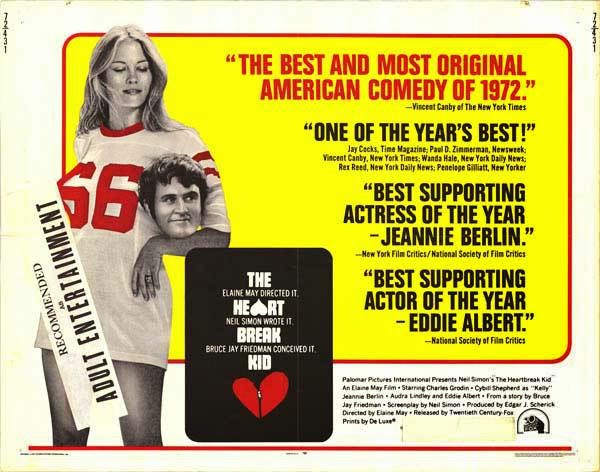 I've seen neither version of The Heartbreak Kid, but the trailer for the original looks amusing--up until the part where a Windows 98 typeface shows up at the end of a trailer that was apparently made in 1972.

Sure, Impact was created in 1965. But that ugly typeface you might be familiar with from either college flyers for some lame drum circle or open mic, countless Internet memes, trailers for terribly acted Web comedy shows or parodies of lousy furniture store ads during sketch comedy shows didn't become commonplace until Win 98. So it's extremely weird to see this very '90s, "I get knocked down, but I get up again"-ish typeface turn up in a '70s movie trailer during Ed Wood co-screenwriter Larry Karaszewski's Trailers from Hell audio commentary for the trailer.

The version of the Heartbreak Kid trailer that Trailers from Hell found and used for its Heartbreak Kid discussion was clearly remastered by whoever currently owns the rights to the film. Whoever those current rights owners hired to remaster the trailer had to redo and reinsert the typefaces but was in a rush to call it a day and head home. Way to make them look convincingly 1972, whoever remastered it.

I suspected that an older print of the Heartbreak Kid trailer must be on YouTube, and it probably doesn't contain Impact as a typeface, and lo and behold, I was right. There it was on YouTube, without ugly-ass Impact to depress my eyes.


There are two typefaces that should never be used in a movie trailer: Comic Sans and Impact. It's like Fran Drescher narrating a TV spot for X-Men: Days of Future Past: it doesn't belong.
Posted by J. John Aquino at 11:40 AM