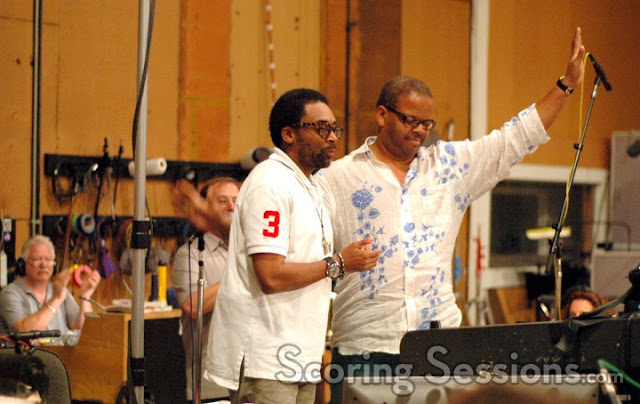 The start of Asian Pacific American Heritage Month is the perfect time to introduce AFOS' new late morning block, which will consist of original themes and score cues from films done by Asian American directors and other filmmakers of color (like Spike Lee, pictured above with frequent musical collaborator Terence Blanchard during a Miracle at St. Anna scoring session) who have worked on films or TV series episodes I've admired or enjoyed. I'm calling this block "The Whitest Block Ever." 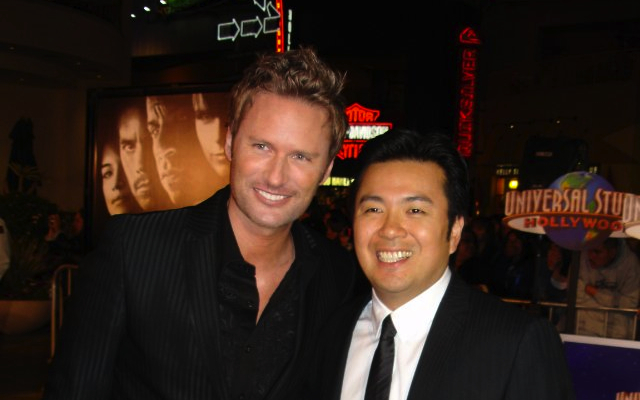 Justin Lin, a co-founder of the much-buzzed-about YOMYOMF Network and director of the upcoming Fast & Furious 6 (which was scored by Lucas Vidal instead of Brian Tyler, who's pictured above with Lin), will be represented on the "Whitest Block Ever" playlist by Tyler's scores from Finishing the Game and Fast Five and Akiko Carver and DJ Ropstyle's original music from Better Luck Tomorrow, particularly "Eat with Your Eyes."


And if you tune in to "The Whitest Block Ever" and wonder why hip-hop producer CHOPS' "Chinese School" is on the playlist, "Chinese School," the opening title theme for the 2007 sports comedy Ping Pong Playa, is on there to represent the work of Jessica Yu, who directed Ping Pong Playa and is best remembered for her 1997 Oscar acceptance speech, in which she joked about her Oscar outfit costing more than the documentary she won for. The decision to censor characters' F-bombs with basketball dribble sound FX in Ping Pong Playa sort of ruined that film for me. (Remember the original Bad News Bears? Now imagine that flick with some of the shit-talking covered up by baseball bat crack sound FX--that's how dumb the decision to self-censor the dialogue in Ping Pong Playa was.) But I enjoyed both CHOPS' original tunes during Ping Pong Playa and a lot of Yu's other works, like the West Wing episodes she directed, the 1992 short film Sour Death Balls and the 2012 short doc Meet Mr. Toilet.


The current generation of Asian American YouTube content producers will also be represented during "The Whitest Block Ever" by some of George Shaw's score from the 2010 Wong Fu Productions/Ryan Higa collabo Agents of Secret Stuff. "The Whitest Block Ever," which celebrates the efforts of both these YouTube stars and the filmmakers of color who must have inspired them (and in the case of Lin, are now partnering up with them as part of YOMYOMF), airs at 10am-noon on AFOS every weekday, starting Monday.

Here's one more little taste of "The Whitest Block Ever": the Robert Rodriguez/Tito & Tarantula theme from both Grindhouse's fake Machete trailer and Rodriguez's first Machete movie (Machete returns to entertainingly piss off much of the far right again in Machete Kills on September 13).