AFOS Blog Rewind: Do the Right Thing (Part 5 of 5)

It's Black History Month, so all this week, I've been reposting every single past AFOS blog post about one of my favorite films, Do the Right Thing, the timeless and still-bracing 1989 Spike Lee Joint. You can hear original score (or original song) selections from Do the Right Thing on AFOS.

Laura K. Warrell's 2002 Salon article about Public Enemy's "Fight the Power"--which the group wrote for Do the Right Thing after Spike Lee abandoned his early idea of having Rosie Perez dance to The Capitols' "Cool Jerk" in the opening titles--excellently elucidates the P.E. track's impact on hip-hop, as well as pop music that means something more than the first four things in Elvis Costello's line about how songs are about five subjects ("I'm leaving you. You're leaving me. I want you. You don't want me. I believe in something.").

But Warrell's proclamation that conscious hip-hop is dead was premature. It's still out there. You just have to know where to look:


Like “Do the Right Thing,” the Spike Lee film to which it was tied, the song broke at a crucial period in America’s struggle with race, capturing both the psychological and social conflicts of the time. Unabashedly political, “Fight the Power” was confrontational in the way great rock has always been. It had the kind of irreverence that puts bands on FBI lists. “Fight” demanded action and, as the band’s most accessible hit, acted as the perfect summation of its ideology and sound. Every kid in America, white, black or brown, could connect to the song’s uncompromising cultural critique, its invigoratingly danceable sound and its rallying call. 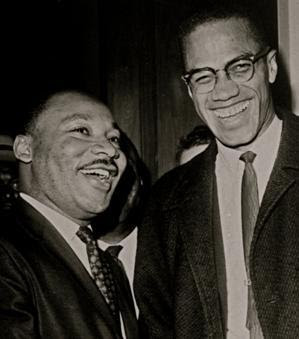 And who could blame them? Ultimately, parachute pants and Flock of Seagulls haircuts couldn’t quell the frustrations of the Me Decade. The presidential tag team of Ronald Reagan and George Bush Sr. had dismantled a battery of social programs, squashing urban communities already struggling with poverty, guns and violence. Crack ravaged the inner city. AIDS rocked the nation. Black leaders, including Jesse Jackson, tried to bathe America’s race problem in as bright a spotlight as possible. The artistic community, already defiant in the face of Reagan-era conservatism, became even more provocative. The ’80s gave us Robert Mapplethorpe, the U2 of “Sunday Bloody Sunday,” Darling Nikki…

From inside the storm, Chuck D comes out swinging, verbally hacking into scraps a roster of American icons: “Elvis was a hero to most/ But he never meant shit to me, you see/ Straight up racist that sucker was simple and plain/ Motherfuck him and John Wayne.” Arguably the most fearless lyric in all of popular music, this anti-ode to Elvis and John Wayne is a virtual flag-burning. Who better embodies the American ideal than Duke and the King, bumbling patriots who personified the nation’s illiberal character and defended its order, an order from which blacks had been routinely barred? Chuck D cutting them up so brazenly was like a spiritual emancipation for anyone who felt excluded from American culture. In making a mockery of two of the country’s greatest heroes, P.E. assailed white America’s fairy-tale world and boldly accepted their place at its margins.