Slept-On in Seattle: Sunday Night Sound Session focuses on the most underrated or least hackneyed hip-hop and soul tracks 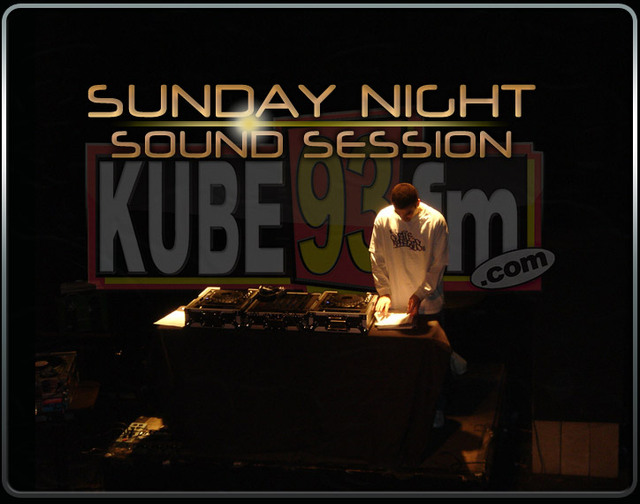 Sunday Night Sound Session--a Seattle terrestrial radio show I just discovered via Seattle's own Prometheus Brown after he linked to his SNSS guest appearance with another Pinoy rapper, the L.A.-based Bambu, who formed with Prometheus the new duo The Bar--is currently restoring my faith in hip-hop and making me realize that maybe two percent of terrestrial radio ain't so bad. I recently said, "[The] proclamation that conscious hip-hop is dead was premature. It's still out there. You just have to know where to look." Declared by the Seattle Post-Intelligencer in 2010 as "The best radio show you've never heard," despite airing on "a corporate behemoth with a playlist as deep as a puddle" (the Clear Channel-owned Seattle hip-hop/R&B station KUBE 93), hosts DJ Hyphen and J. Moore's program, which turns seven years old this month, is one such spot that's giving exposure to conscious hip-hop.

One particular conscious hip-hop track during SNSS that got my attention was Reef the Lost Cauze's "The Prey (For Trayvon Martin & My Son)," a powerful Menace II Society-sampling track in which the unsigned Philly rapper wonders about what he has to tell his one and a half-year-old son as he raises him in a society still marred by racial violence ("People are gonna hate your skin and try to ruin you/And now I gotta tell him that they just might shoot at you").


SNSS also bumps alt-R&B (the Pharrell Williams-produced "Live Your Life" by up-and-coming Malaysian singer Yuna is a recent SNSS playlist favorite, as well as a new favorite of mine, thanks to SNSS) and the best in mainstream hip-hop. But as the Seattle P-I notes, "You won't hear the latest from 50 Cent here; instead Hyphen and Moore focus on artists that generally aren't part of the everyday KUBE lineup." They're also not afraid to say a less-than-favorable thing or two about a mainstream track that's a bit commercial-sounding for their tastes or point out a hook or a producer's touch from a "Throwback of the Week" (a chune from the '90s or early '00s) that hasn't quite aged well.

I've been catching up to SNSS via archived episodes on Hyphen's The Audacity of Dope site. The show's so tight I don't even mind the Clear Channel-mandated audio dropouts to censor profanity or clunky-sounding radio edits of singles a la "This town like a great big chicken jus' waiting to get plucked."

UPDATE: I almost forgot that Hyphen once concluded an SNSS episode with French electro-house musician Kavinsky's excellent 2010 track "Nightcall" because the song grabbed his attention during the opening credits of Drive. Hyphen amusingly introed "Nightcall" with, "Turn it up. Ride out to this. Don't re-enact the movie Drive though." The appearance of the Drive opening title theme and Hyphen's Drive joke are a couple more reasons to love SNSS.
Posted by J. John Aquino at 8:00 PM