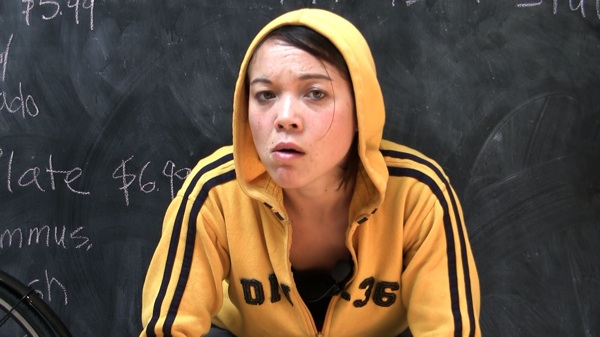 I've never heard of either playwright/comedian Samantha Chanse or filmmaker Yasmine Gomez before. But now I'm interested in whatever other short films either of them will make after filmmaker and You Offend Me You Offend My Family blogger Quentin Lee posted Chanse and Gomez's amusing mockumentary short "Asian American Jesus," about the making of an Ethnic Studies class project on "Asian Americans and the Arts."

I was Googling any blog posts I could find about comedic Bay Area-based shorts made by Asian Americans--because I'm considering writing and maybe directing my own comedic short, even though my only experience with camerawork and video editing has been through vlogging--when I stumbled into "Asian American Jesus" while reading Lee's post about the theory that YouTube may be more beneficial for Asian American-made shorts like "Jesus" than the film festival circuit.

"From Yasmine, I've also learned that the short, as brilliant as I thought it was, faced some rejections from Asian American film festivals," wrote Lee. "Is Youtube our future? Perhaps Yasmine has done the right thing by putting her short on Youtube whose most bankable personality is nonetheless the Asian American Ryan Higa of Niga Higa fame."

As someone who's had to sit through a lot of Asian American poetry that's so bad Leonard Pinth-Garnell would love those poems, I got a kick out of the Gomez short's dead-on parody of crappy Asian American spoken-word artists through its pretentious slam poet character Truth Is Real, one of six characters Chanse plays in "Jesus." But my favorite of Chanse's characters is Suzette, the artsy Bay Area student who interviews Truth Is Real. Maybe it's because the lisping Suzette sounds like Drew Barrymore.