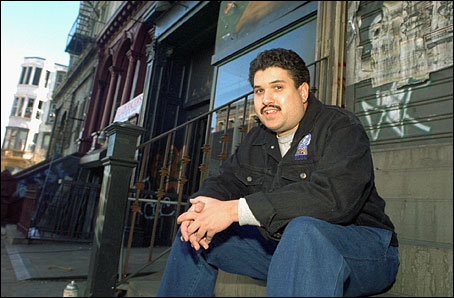 I enjoyed Mills' work on Homicide: Life on the Street and The Wire (his contributions to The Wire were the episodes "Soft Eyes" and "React Quotes"), and I regularly read his blog Undercover Black Man (I was jazzed when he added me to his huge blogroll), so his passing, which I learned from a G4 news ticker last night, is unfortunately not a joke and is a shock to me. As one can see from his UBM posts, Mills had incredible taste in music, so it was no surprise that he was a P-Funk expert who co-wrote a book about the Funk Mob and named one of his Homicide episodes after "Bop Gun (Endangered Species)."

The former Washington Post reporter researched a different kind of mob when he created the 2003 drug trade drama Kingpin. Mills' final TV series Treme (pronounced trih-MAY) reunited him with several Wire staffers, including his college friend David Simon, who co-created the new series and also collaborated with Mills on an Emmy-winning HBO adaptation of his own book The Corner: A Year in the Life of an Inner-City Neighborhood. Treme--not the first scripted TV series to use post-Katrina New Orleans as a backdrop but most likely to be the best--drops on HBO in 11 days.