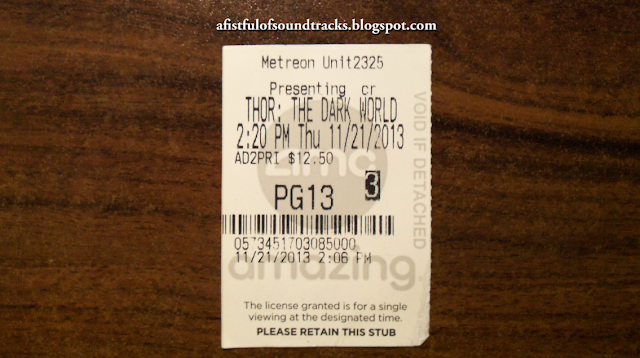 I've heard of sequels that underwent budget cuts and ended up costing significantly less than the smash-hit first installment, but what Marvel Studios did to Thor: The Dark World, the 2013 follow-up to director Kenneth Branagh's 2011 smash Thor, was ridiculous. Take a look at how those budget cuts affected costume designer Alexandra Byrne's grandiose and stylish Asgardian costume designs from the first Thor. 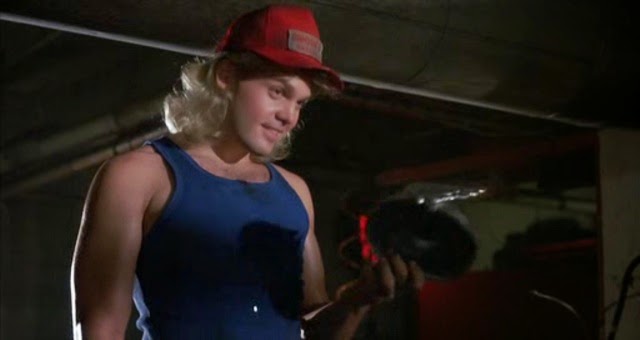 The new, much cheaper Thor in Thor: The Dark World apparently favors ironic trucker hats now--yo, trucker hats are so 16 years ago, player--and has ditched the armor and red cape for oil-stained tank tops that were unearthed from Sly Stallone's 1987 Over the Top laundry pile. And what happened to Chris Hemsworth? I didn't know he was Edward Norton-ing everyone on the set of the first Thor and being such a diva. And we all know what Kevin Feige does to anyone who's a diva. It's called "Recasting time!"

Thor: The Dark World is so cheap it makes Roger Corman's shelved Fantastic Four movie look like Interstellar. They didn't even bother to maintain Thor's Aussie accent from the first movie! How pathet... Huh? That's not Thor: The Dark World?

In actuality, frequent Game of Thrones director Alan Taylor's Thor: The Dark World, which was co-written by Avengers: Earth's Mightiest Heroes story editor and MVP Christopher Yost, had a slightly bigger budget than its predecessor and is a good example of a superhero movie sequel that improves upon the first installment in a few ways. The action sequences are more inventively staged; the score by Brian Tyler, a last-minute replacement for composer Carter Burwell, who departed The Dark World over creative disagreements, is more powerful and tuneful than even regular Branagh collaborator Patrick Doyle's score from the first Thor; and the humor, the best part of Hemsworth's scenes on Earth with Natalie Portman, Kat Dennings and Stellan Skarsgård during the first film, is snappier, thanks to some last-minute, uncredited punch-ups by Avengers director (and veteran script doctor) Joss Whedon. The Dark World's superiority isn't because Branagh's Thor was such a dud. In fact, Thor was far from it. The film was a solid Marvel Cinematic Universe blockbuster, and its appeal was due to both the film being an intriguing hybrid of a Branagh Shakespeare epic and a fish-out-of water action flick rather than a standard superhero movie and the effective way the film handled Thor's redemption arc from egotistical god to selfless hero.

My primary beef with the first Thor was that it didn't give Rene Russo, one of the best things about director Barry Sonnenfeld's outstanding film version of Get Shorty, much to do in the role of Frigga, Thor and Loki's mother, her first role after a long absence from the screen (many of her scenes as Frigga got cut). In The Dark World, Russo's screen time is about the same as her minimal screen time in the first film. But The Dark World makes better use of her screen time, creates a stronger sense of her personality as the queen of Asgard and gives her a dramatic mother/son scene with Tom Hiddleston's Loki in a prison cell that maintains some of the first film's Shakespearean overtones and must have given Branagh some Shakespearean fits over choosing to step away from directing the sequel to work instead on Jack Ryan: Shadow Dancer or whatever the hell it's called. 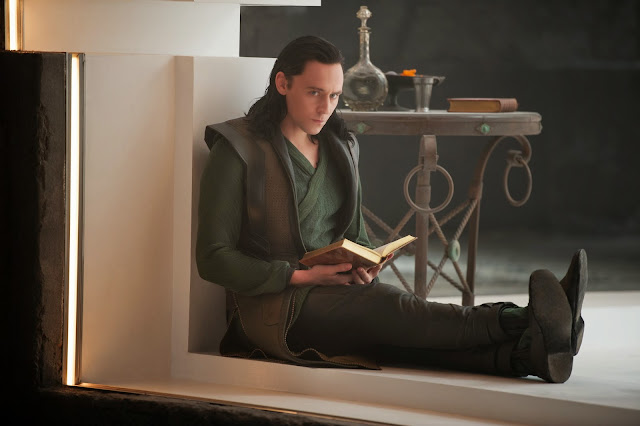 The Dark World is the third Marvel Cinematic Universe movie to involve Thor's conflict with his power-hungry adopted brother, and the Thor/Loki material takes several interesting turns in this installment, especially when Thor is forced to turn to the incarcerated God of Mischief for help in taking down an evil Dark Elf named Malekith (Christopher Eccleston). The shifty Loki has become one of the MCU's most compelling characters, thanks to Hiddleston's charisma and the various MCU screenwriters' sheer delight in writing material for Hiddleston. MCU blockbusters often suffer from dull villains--Guardians of the Galaxy is the most recent example of this--but in The Dark World, Loki is an antagonist done right: he's a lively mixture of humor, pathos and chess-like thinking and is so engaging as both a character and a thorn in the side for Thor and his pals (including Portman's Jane Foster, whose first encounter with Loki has her punching him in the face for the mayhem he caused in New York in The Avengers) that Malekith, The Dark World's real villain, pales in comparison as an antagonist.

The God of Thunder's temporary alliance with Loki leads to the main reason why I like The Dark World slightly more than the first Thor: the film's midsection, in which Thor defies the orders of his frequently irrational father Odin (Anthony Hopkins) in order to bring Malekith to justice, turns into a heist movie, a genre I love 10 times more than the superhero movie. The sequence where Heimdall (Idris Elba), Lady Sif (Jaimie Alexander, whom I wish Marvel Studios would add as a regular to Agents of S.H.I.E.L.D. if her John Doe-ish pilot for NBC doesn't get picked up, due to the dynamic Sif brings to S.H.I.E.L.D. whenever she's around) and Warriors Three members Volstagg (Ray Stevenson) and Fandral (Zachary Levi) assist Thor in breaking Loki out of prison is reminiscent of the rousing sequence that helped elevate Star Trek III: The Search for Spock from a rather cheap-looking directorial debut for the late Leonard Nimoy to a great (and long-overdue) ensemble piece. The standout Trek III sequence I'm referring to is the theft of the Enterprise. However, it's a shame that The Dark World sidelines Tadanobu Asano's Hogun, the third Warriors Three member, after the battle scene in Hogun's homeworld of Vanaheim (was Asano too busy to do the sequel?). The film doesn't involve him on this nifty, heist flick-ish mission where all the other warrior sidekicks from the first Thor receive an extra moment to shine, depriving one of the Thor movie franchise's few characters of color of substantial screen time. 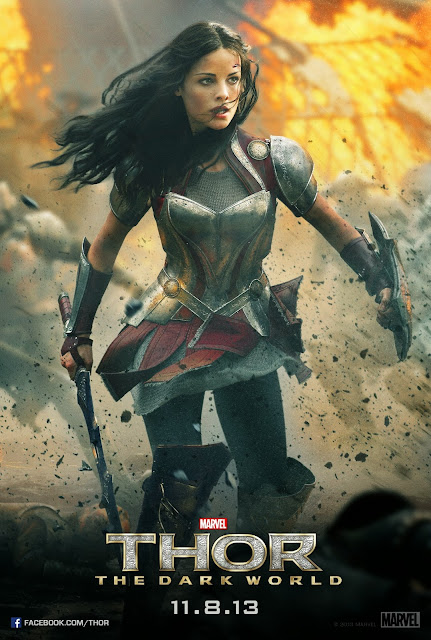 So instead of Russo getting shafted, this time it's Asano's turn. His only other appearance in The Dark World briefly takes place during another bit of business that edges The Dark World above the first Thor: the visually clever climax where, due to the laws of physics going screwy in London, the fight between Thor and Malekith shifts back and forth between different realms, and Thor's sentient hammer Mjolnir (which Dennings' comic relief character Darcy continues to mispronounce as "Mew-Mew," a funny callback to Darcy's same line from the first film) has to zip through outer space to find Thor. The climax is a welcome departure from the standard--and often boring--MCU climax of giant ships crashing into buildings.

The screwy-laws-of-physics storyline is something you'd expect to see in a Superman/S.T.A.R. Labs story rather than a pre-Guardians of the Galaxy MCU blockbuster. Speaking of which, I'm neither a Superman comics fan nor a Thor comics fan, but I've found the Thor movies to be more satisfying as superhero movies about a red-caped alien hero than most of the Superman movies. The best of the Superman movies remains 1978's Superman--thanks to Christopher Reeve's enjoyable interpretation of the character, John Williams' classic score and the entertaining, Howard Hawks-ish Daily Planet office scenes--but Richard Donner's 1978 blockbuster also hasn't aged well in certain parts. For instance, Brando is so uninvested in the material in Superman that he doesn't even give a shit about pronouncing "Krypton" correctly. (By the way, the 1978 Donner movie's actual title has always been just Superman, not Superman: The Movie, just like how the second X-Men movie's actual title has always been simply X2, not the insipid-sounding, in-advertising-only X2: X-Men United.)

The redemption arc Thor experiences in the Branagh film, the fascinating dickishness of Odin in both Thor films and Loki's quasi-redemption arc in The Dark World all shed light on, respectively, the inherent dullness of the Superman character, the similar dullness of Jor-El and Jonathan Kent as father figure characters (a hero's father is more interesting when he doesn't know best) and the lousy writing surrounding all the non-Zod villains in the Superman movies. That's why the best on-screen interpretation of Superman is not the Reeve version but Bruce Timm's version from both Superman: The Animated Series and Justice League Unlimited. Timm and his fellow writers found several ways to work around the dullness of Superman, and those ways included emphasizing Clark Kent's hard-boiled reporter side, allowing Tim Daly to tap into his comedic side for the dual role of Bizarro and Superman and surrounding Supes with adversaries who are genuinely menacing and formidable (you'd never see Lex Luthor plotting some lame real estate scheme on Superman: TAS) instead of dumb wastes of space like Otis from the first two Superman flicks.

This also relates to a great point raised by Elton Wong of the blog Nerdy Views. In the blog post "Thor: The Dark World is What Man of Steel Should Have Been," he says, "Thor 2 has this wonderful balance never spending too much time in darkness, while Man of Steel wallows in it," and refers to a credo by none other than a certain uncredited Dark World co-writer: "Make it dark, make it grim, make it tough, but then, for the love of God, tell a joke." The result of the efforts of Whedon and his fellow writers is a better Superman movie than most of the actual Superman movies themselves. 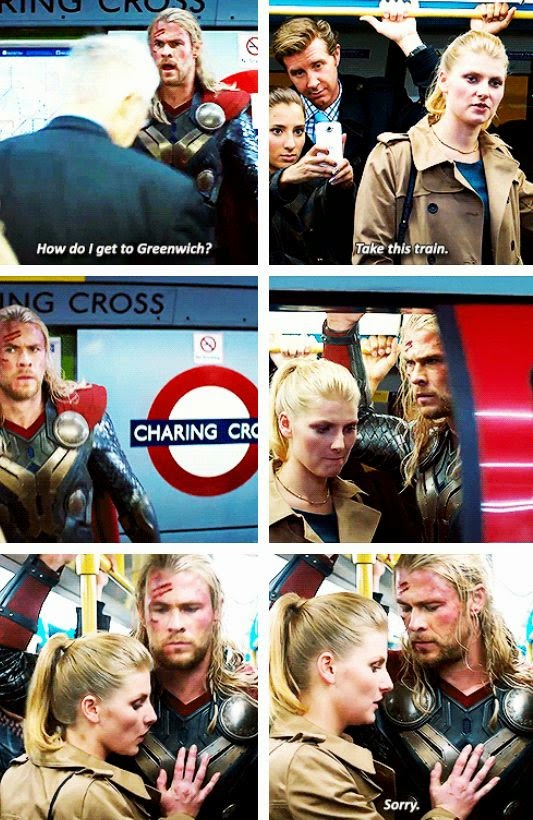 None of the score cues from Thor: The Dark World by Brian Tyler, whose terrific Marvel Studios logo fanfare made its debut at the start of The Dark World, were in rotation on AFOS before I rewatched The Dark World in preparation for today's edition of Throwback Thursday, but I enjoyed Tyler's score so much the second time around that I'm adding the film's primary theme to both "AFOS Prime" and "Hall H."