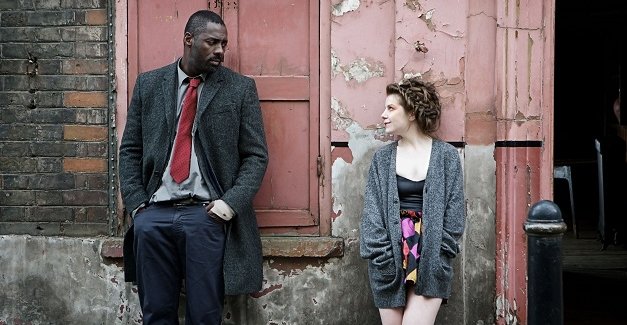 The BBC One cops-vs.-serial killers procedural Luther, which concludes its second season on BBC America tonight, isn't a perfect show, but it's more enjoyable than most procedurals, due to an imposing and lively but never hammy turn by former Wire star Idris Elba (an actual lead of color who still has his show!) and a distinctive, not-so-generic look.

The '60s Batman had the Dutch angles and Homicide: Life on the Street had the jump cuts and washed-out color scheme (something Homicide phased out in its later and less interesting seasons). Luther likes to take its actors and place them at the bottom left and right corners of the screen so that they're surrounded by lots of negative space. If I recall correctly, a Luther crew member said the crew favored this framing effect because it makes it appear as if comic book-style thought bubbles are about to surface above the actors' heads.

The framing effect, which was more prominent in Luther's first season (did some Beeb higher-up put NBC exec-vs.-Homicide-style pressure on the Luther crew to do less of it?), also enhances the show's sense of dread and unease. It dwarfs the actors and manages to make the tall Elba look as small as the runty white psychos he's been chasing this season (at times, Luther feels like a serious version of Chris Rock's post-Columbine stand-up routine about crazy white kids who scare the shit out of him, like the goofily named Trenchcoat Mafia). 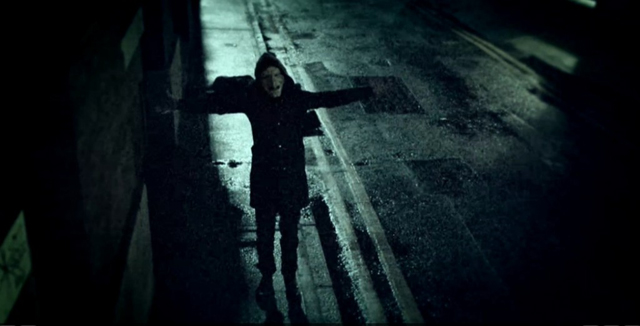 Luther evokes dread and unease more effectively than most shows. The mute, hammer-wielding LARP-er who terrorized working folk in the penultimate episode of Luther's second season is scarier and more menacing than anything during Luther's American ratings competition, FX's trying-way-too-hard-to-be-scary American Horror Story. The LARP-er's muteness and the episode's preference for filming his killings from a distance or having them take place off-screen--we're subjected only to gruesome hammer-to-skull sound effects--both make his acts of violence more disturbing. And though it's resorted to the tired and annoying device of children in peril that's been used by torture-porn procedurals like Criminal Minds, Luther rarely feels as sadistic as that show (below an A.V. Club piece about Criminal Minds and its short-lived spinoff Suspect Behavior, a commenter astutely noted that "Middle America eat [sic] this crap up with a spoon. It genuinely baffles me that middle aged and conservative Americans have made this show such a mainstream hit.").

That quality of being unnerving without getting sadistic or graphic recalls Gotham Central, the much-missed DC Comics crime title that writers Ed Brubaker and Greg Rucka told from the point of view of Gotham City homicide detectives who resent Batman (Gotham Central was a bleak book, but it wasn't as sadistic as most of DC's puerile attempts at edginess, perhaps because Brubaker and Rucka write like grown-ups instead of horny and torture-porn-obsessed adolescents). From "the operatic theatricality" that crime novelist and Luther creator Neil Cross once said he's brought to DCI John Luther's adversaries to that aforementioned framing effect that creates the illusion of thought bubbles, the larger-than-life Luther is basically a comic book--or as John's teenage charge Jenny Jones (Aimee-Ffion Edwards) would prefer, graphic novel--but it's a very good one, which Gotham Central was. 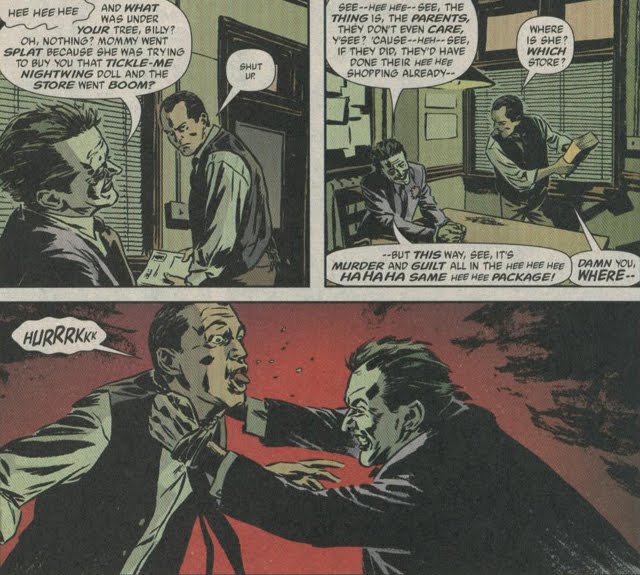 There was once talk of turning Gotham Central into a TV series, which would have been nice to see, although I don't think there are any showrunners who would have been able to master the tricky balance of supervillain theatrics with much more grounded police detective business that even Rucka occasionally had trouble pulling off in the comic (for instance, the gaudily dressed heroes from the Teen Titans stuck out like a sore thumb when they were awkwardly integrated into the not-so-gaudy Gotham Central). 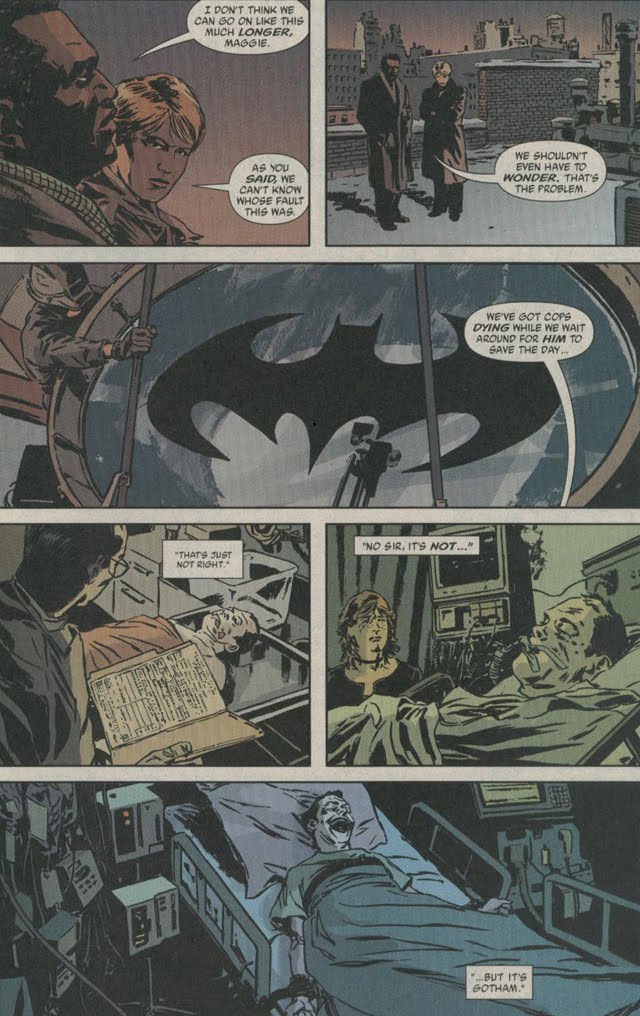 But after watching how Luther handles John's bordering-on-superhuman investigative skills or the theatricality of both John's adversaries and his sociopathic adversary-turned-ally Alice Morgan (Ruth Wilson) without looking goofy and lame, I think Cross would be the perfect showrunner for a TV version of Gotham Central if it ever becomes a possibility again.

If that TV adaptation never surfaces, then think of Luther as a pretty good Gotham Central spinoff in which Elba is terrific as deceased Gotham detective Crispus Allen, who's reimagined himself as a David Bowie-loving(*) British supercop in some sort of crime-ridden afterlife that's a cross between the original Life on Mars and Lost's much-maligned sideways universe.

(*) You gotta love a procedural that has a lead who idolizes Bowie and, as it's implied in one episode, uses his music to help him think, although why Luther didn't choose a Bowie track as its theme music--it went with Massive Attack's "Paradise Circus," which actually isn't too shabby--is as puzzling as any of John's cases.
Posted by J. John Aquino at 12:45 PM