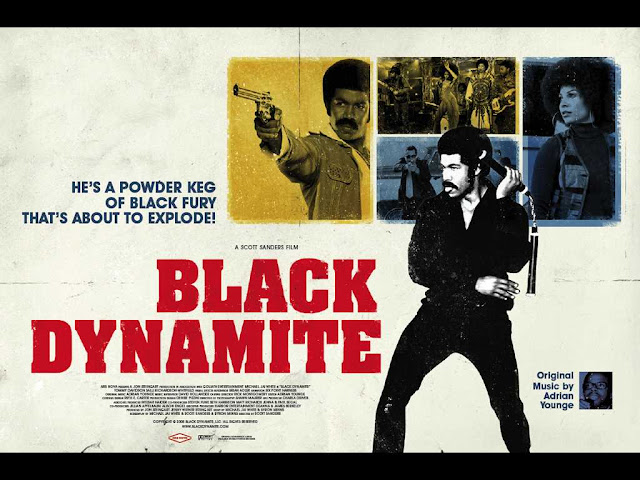 I finally got around to buying the Black Dynamite score CD, which Wax Poetics magazine's record label released in October. Every single funkdafied, old-school-style track on the album is a banger. The title theme, one of eight original Black Dynamite tracks I've added to "Assorted Fistful" rotation on the Fistful of Soundtracks channel, contains one of my favorite lyrics that never made it to an actual '70s blaxploitation soundtrack and should have ("This nigga took out Nixon/So you know he's dynamite"). Had I listened to the album sooner, I would have named the score my favorite of 2009.

Black Dynamite score composer Adrian Younge--who, in addition to being the movie's editor, was serving as a law professor when he wasn't toiling over the movie--painstakingly recreated a typical '70s blaxploitation score. All the recording equipment Younge used was analog instead of digital, and all the instruments he and his musicians played were built before 1979. "Our movie takes place between '73 and '74, so I wanted to position myself where I was a composer in 1973," said the Morricone and Goblin-loving L.A. composer and vintage R&B aficionado in Wax Poetics' recent special issue about African American cinema and funky film music.

Enjoy these illustrations of Black Dynamite (which plays briefly here in the Bay Area this week before it drops on DVD and Blu-ray in mid-February) by one of the illest Korean American artists around, David Choe. 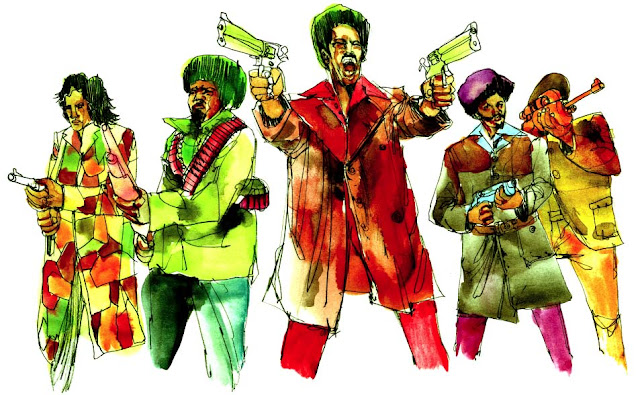 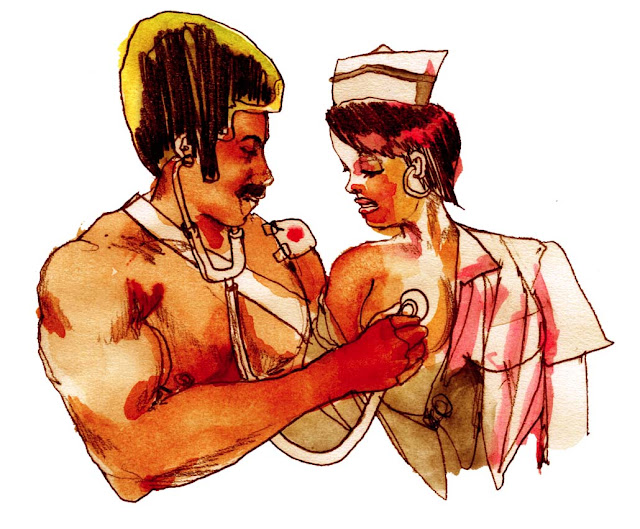 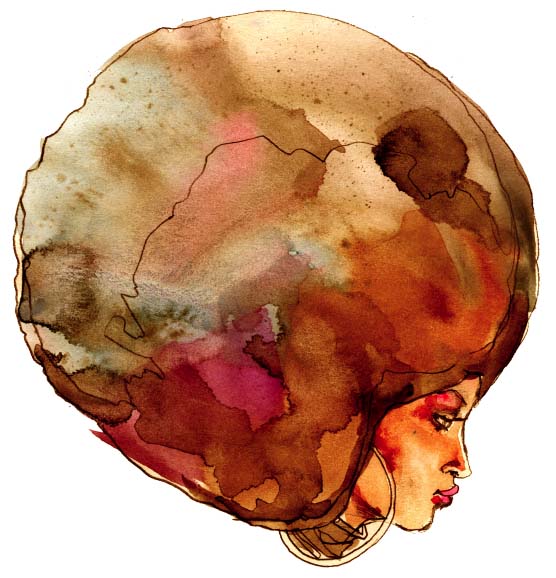